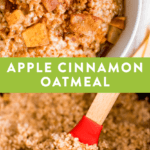 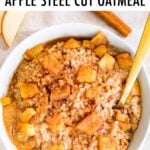 Tuesday, October 29 is National Oatmeal Day! Needless to say, this a holiday I’m happy to celebrate because I love oatmeal and have a ton of healthy oatmeal recipes to prove it. On Tuesday night I made a big batch of steel cut apple cinnamon oatmeal in my slow cooker. I’ve made overnight steel-cut oats on the stove top before, but never cooked them in my slow cooker so I was apprehensive about how it would turn out. 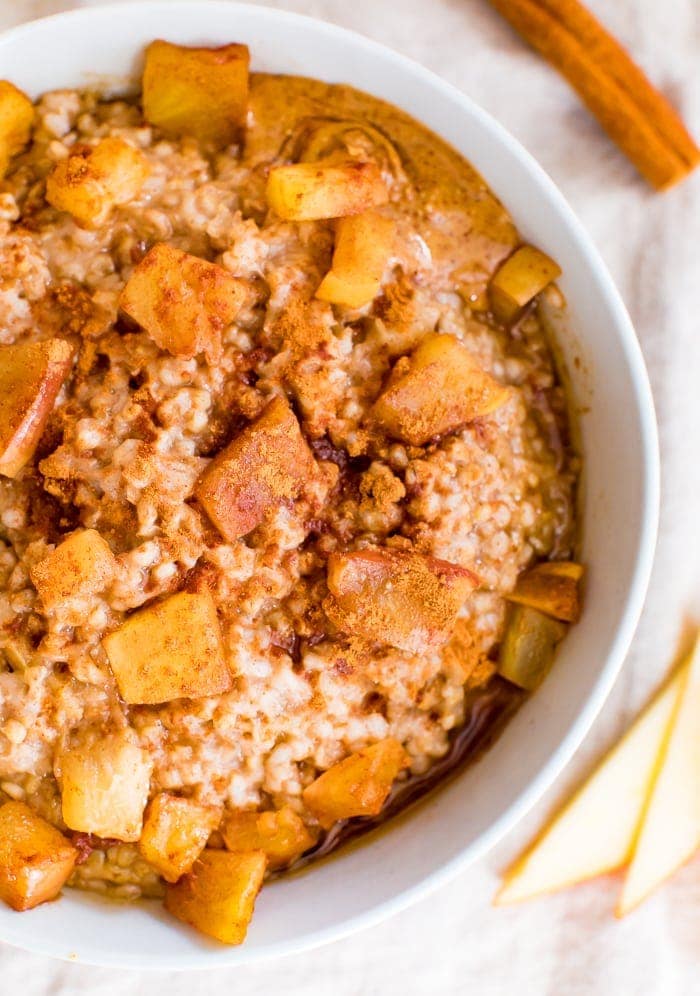 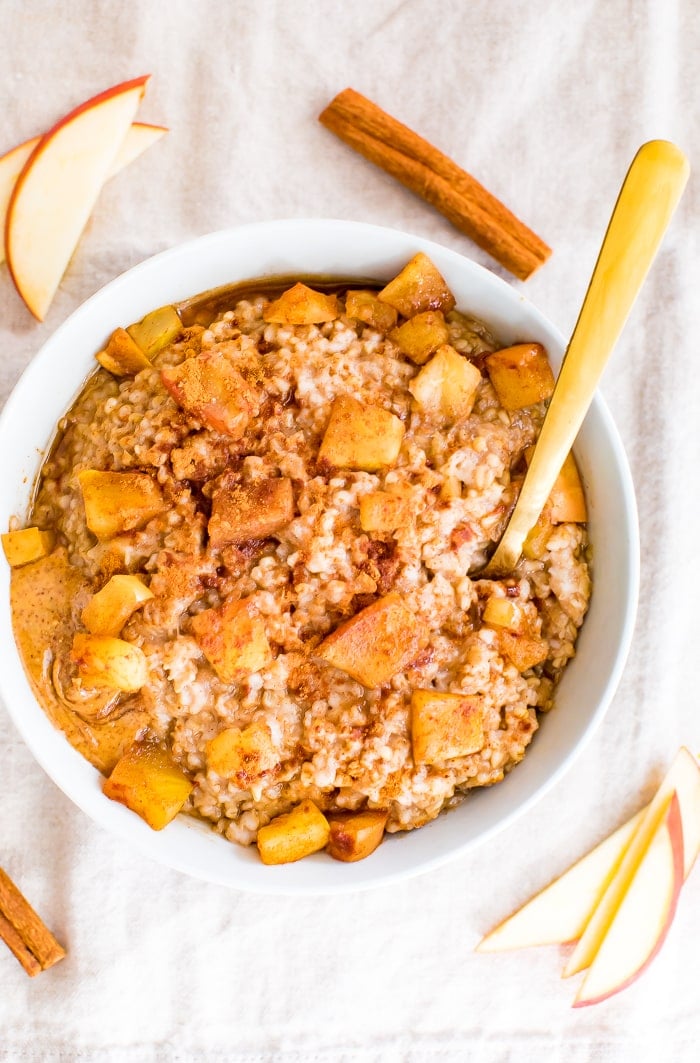 I put the ingredients for the apple cinnamon oatmeal together and started the slow cooker around 10PM, went to bed and upon waking up at 6AM, our house smelled like baked apples and my oats were perfectly cooked and waiting for me to dig in — quite a lovely circumstance to wake up to if you ask me. The only thing I needed to whip up was a pot of coffee.

These apple cinnamon steel cut oats are oh so creamy and I love the chunks of cooked apples and warm cinnamon spiciness. The recipe makes four servings of oatmeal so you can share with others (this would be great for a holiday brunch) or use it as a meal prep recipe and save the leftover oatmeal for a quick breakfast throughout the week — just let the leftover oatmeal cool and place in the refrigerator for up to one week. Simply reheat the oatmeal on the stove top or in the microwave. Just add a little water or milk when reheating if it’s too thick. 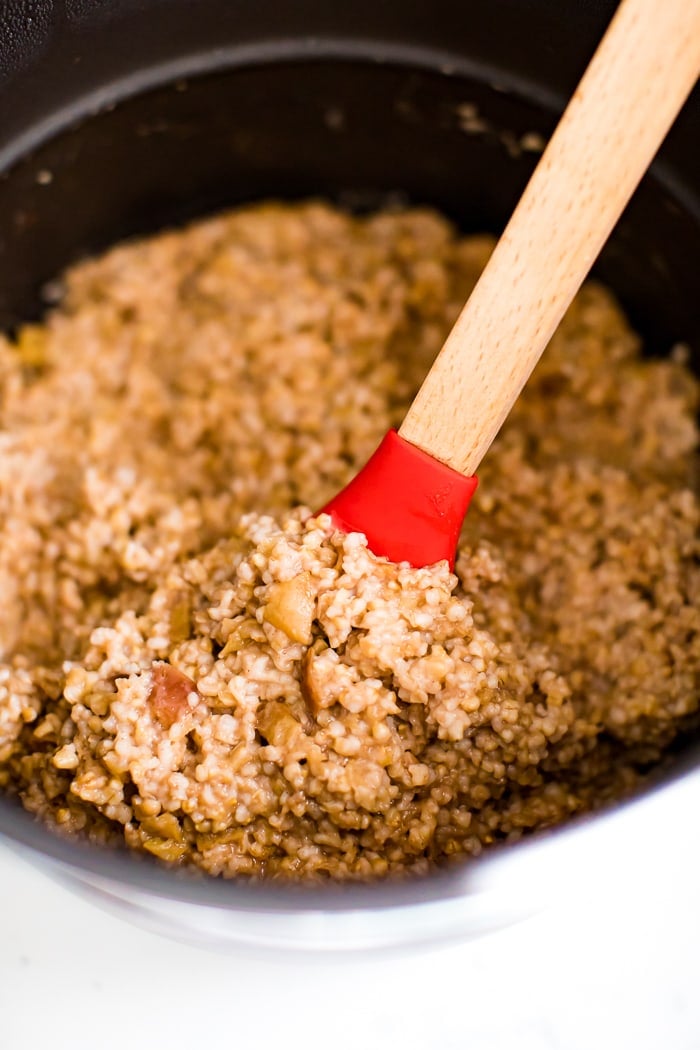 The best part? I’ve tested this apple cinnamon oatmeal recipe in the slow cooker and the Instant Pot so I’m giving instructions for both within the recipe!

As always, if you try this apple cinnamon oatmeal recipe please be sure to leave a comment letting me know how it turned out. Your feedback is so helpful for the EBF team and other readers! 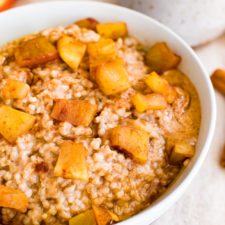