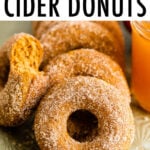 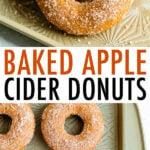 I don’t know about you, but when I think of fall I immediately think of apple picking. It’s something Isaac and I enjoy doing every year around September. There are a couple of orchards relatively close to Richmond, but the one we usually go to is called Carter Mountain. It’s just outside of Charlottesville and they have the best apple cider donuts. They’re particularly delicious when you get them fresh when they’re still warm! 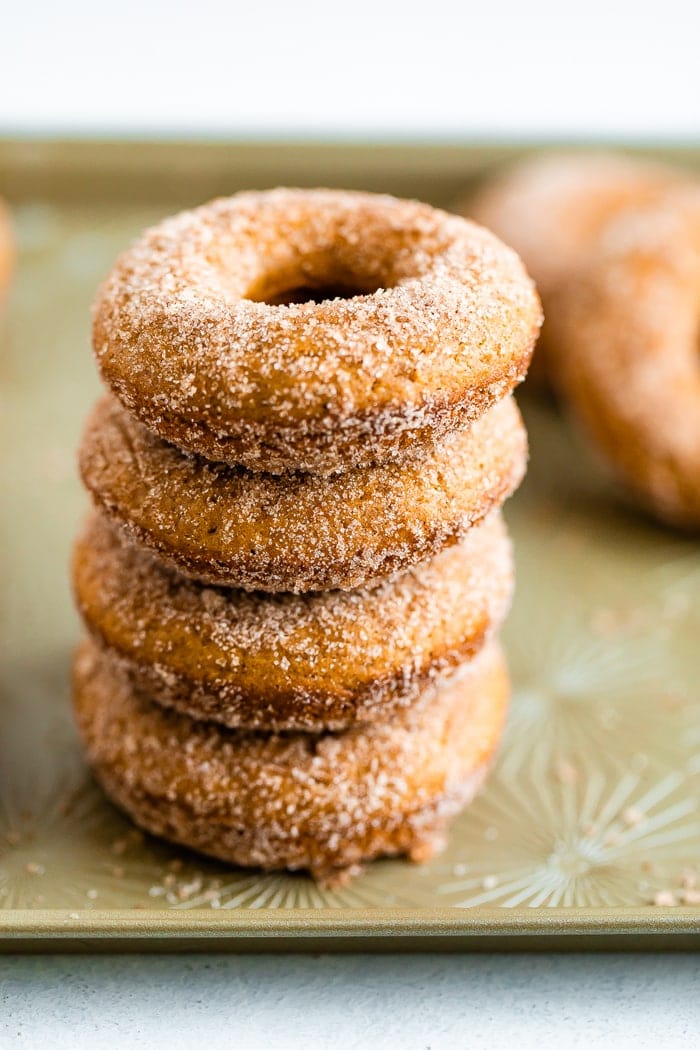 This year, I’m not sure if we’ll make it to Carter Mountain for apple picking so I decided to try my hand at making homemade baked donuts. And of course, in true EBF fashion, I worked to make them a bit healthier using real food ingredients like whole wheat pastry flour, apple sauce, coconut sugar, coconut oil, and Greek yogurt. A major upgrade from the traditional recipe that uses melted butter and brown sugar. 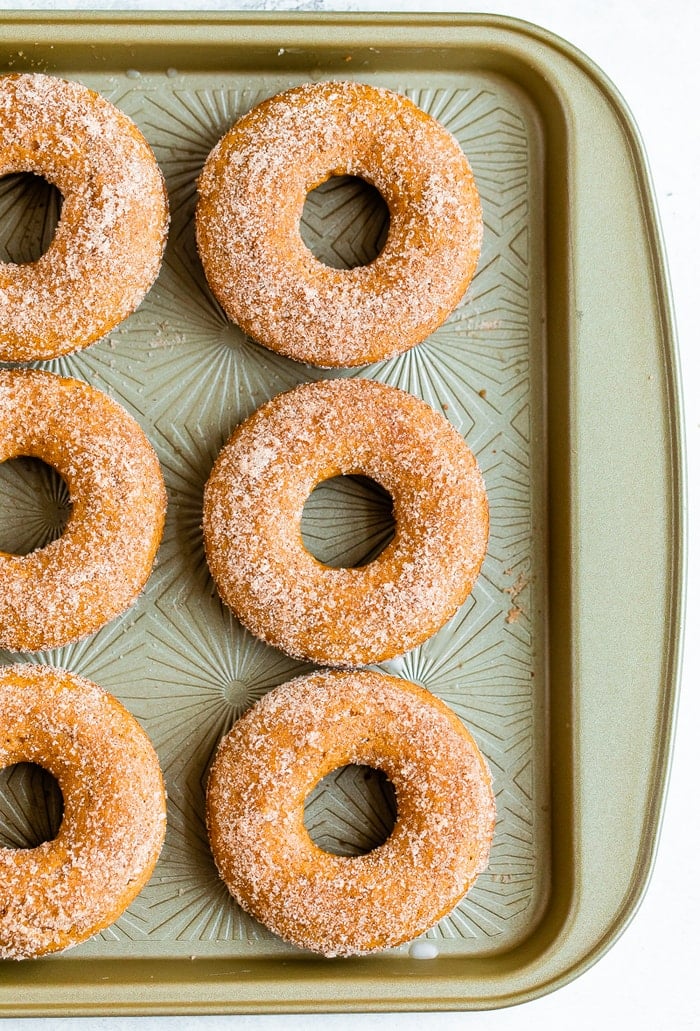 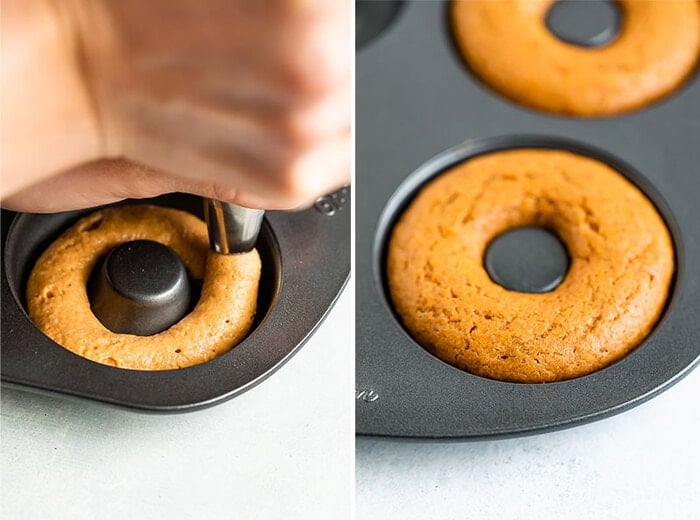 First things first, to make baked donuts you’re going to need a donut pan. Luckily, they’re really inexpensive! You can get a set of 2 non-stick, six cavity Wilton donut pans on Amazon for less than $15. Here’s the set I have.

Once you have your materials, you’re ready to get started and to be honest, making baked donuts is really similar to making muffins. 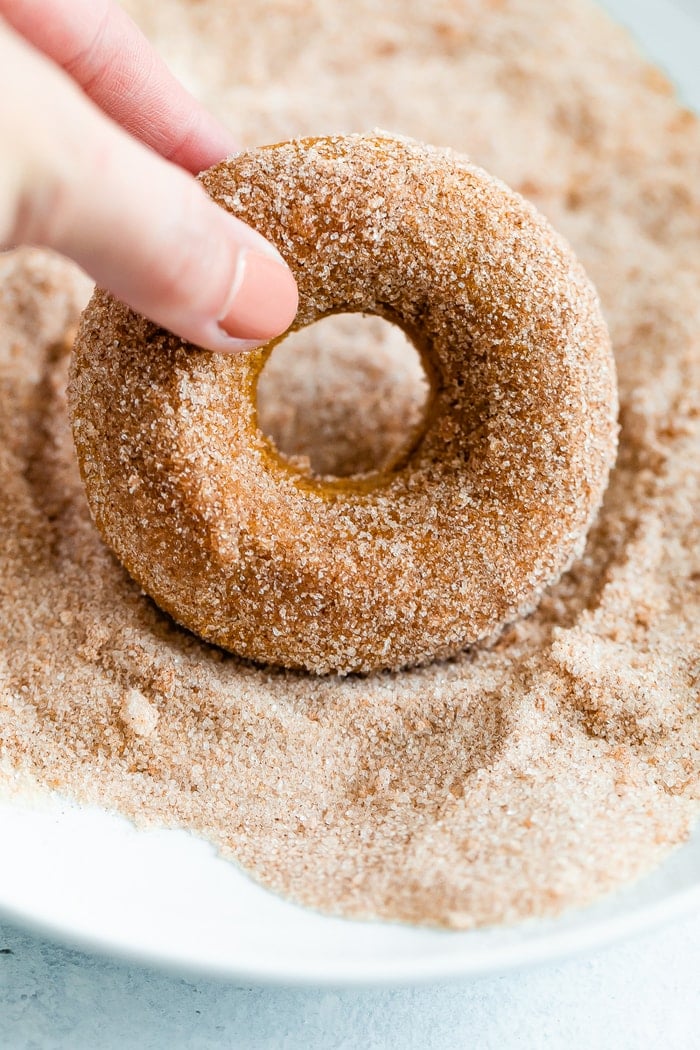 Mix your dry ingredients (flour, baking powder, baking soda, cinnamon, and salt) together in a medium bowl. In another medium bowl, whisk the wet ingredients (the apple cider, apple sauce, sugar, yogurt, oil, and egg) until combined. Add the wet mixture to the flour mixture and stir until everything is mixed together.

Prep your donut pans by spraying each cavity with cooking spray. Spoon the batter or use a piping bag to squeeze the batter evenly into the 12 cavities. Bake in a preheated oven for 6-8 minutes or until a toothpick inserted into to the center comes out clean. Invert the donuts on a wire rack to cool. 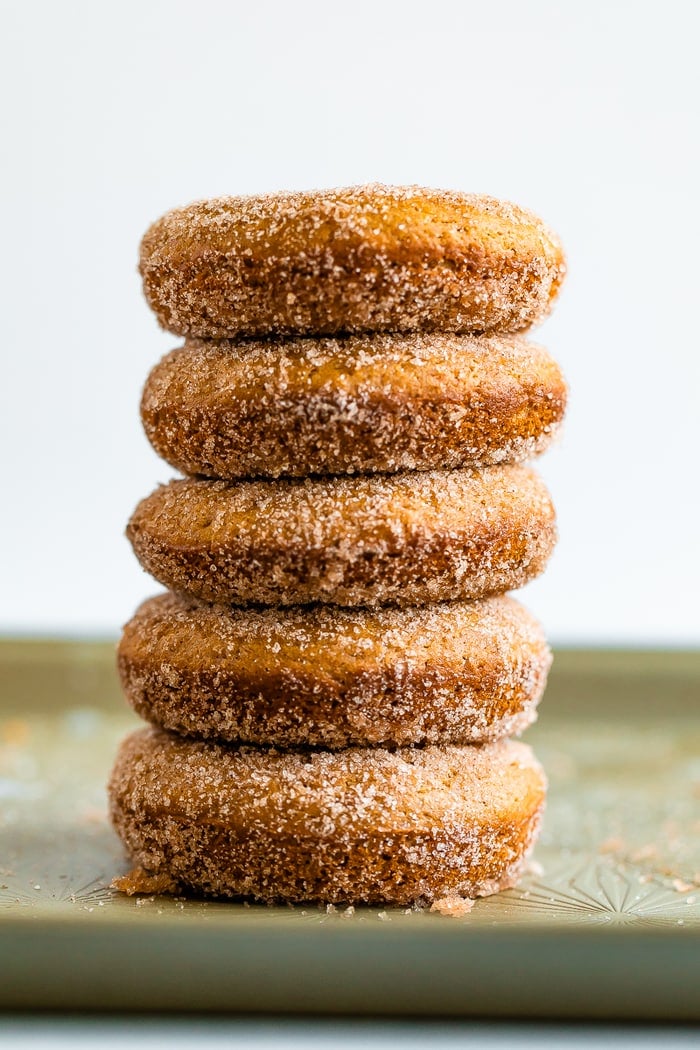 To finish, brush each donut with coconut oil on both sides and dip into a cinnamon sugar topping to coat. They’re best served fresh, but you can store leftovers in an air-tight container for 2-3 days. I like to reheat them in the toaster oven so they get nice and crispy! 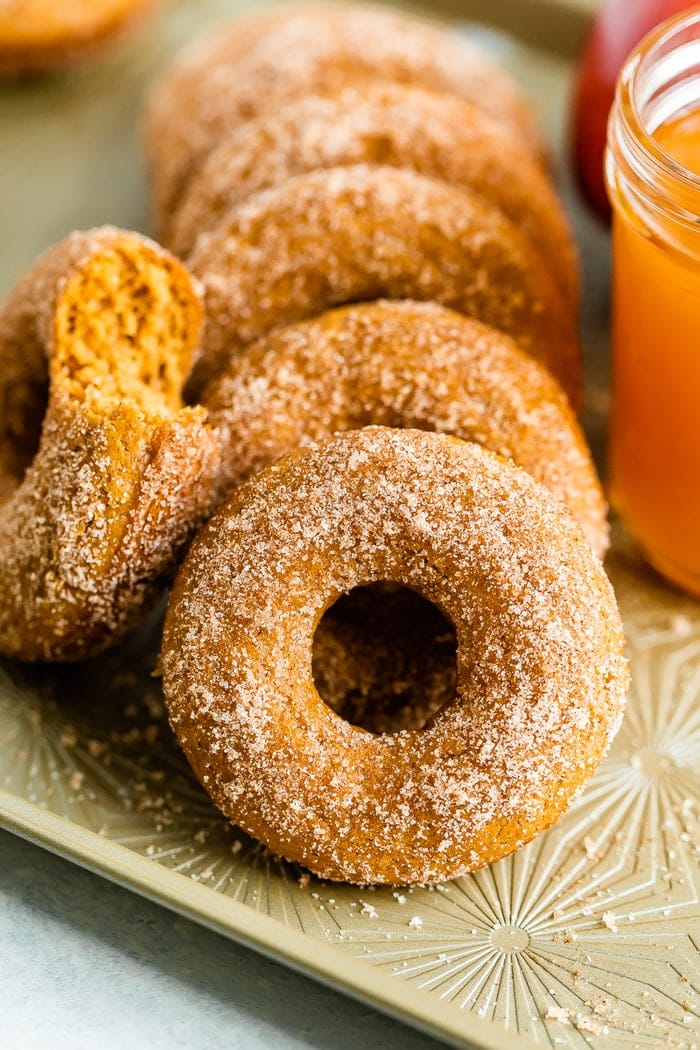 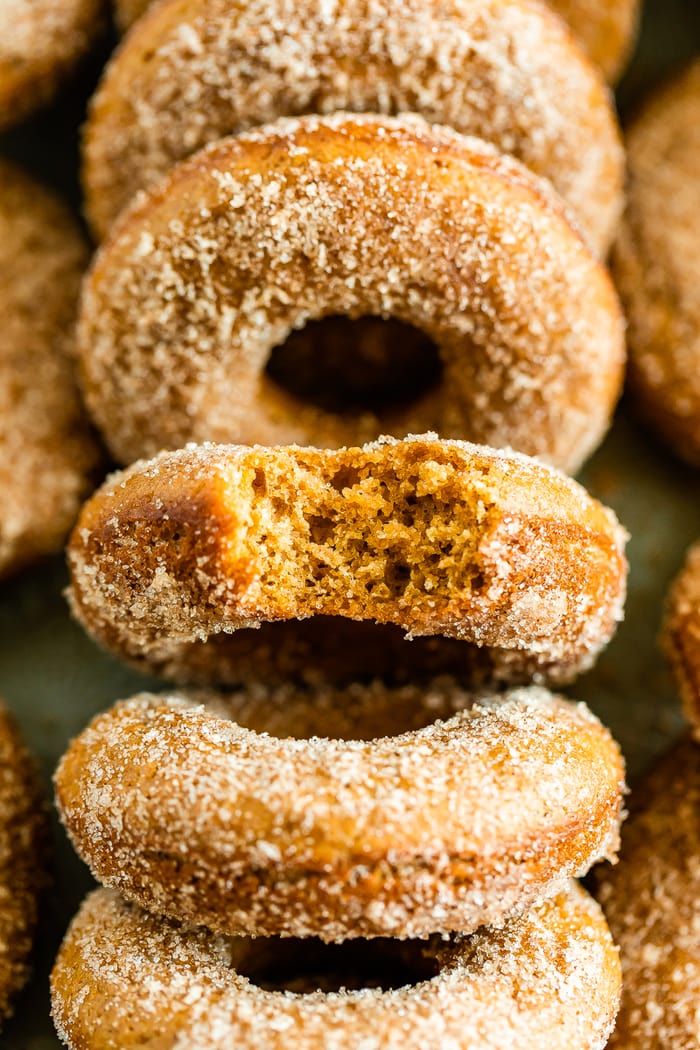 If you try this recipe for baked apple cider donuts, please be sure to leave a comment and star rating below letting me know how they turned out! Your feedback is super helpful for the EBF team and other EBF readers. 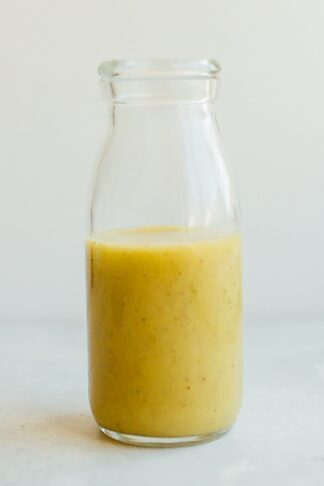 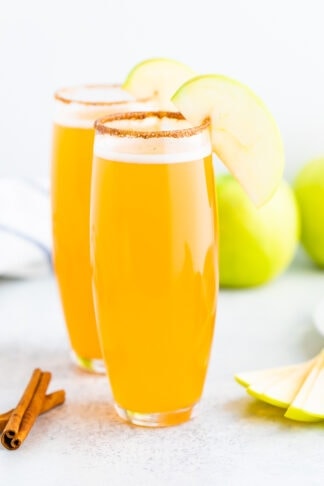 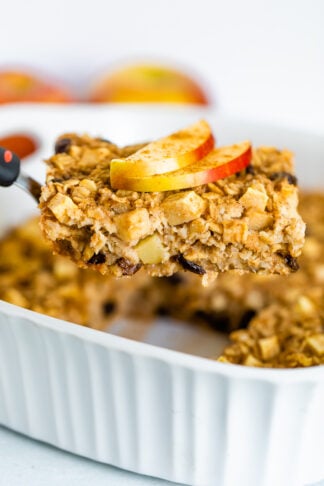 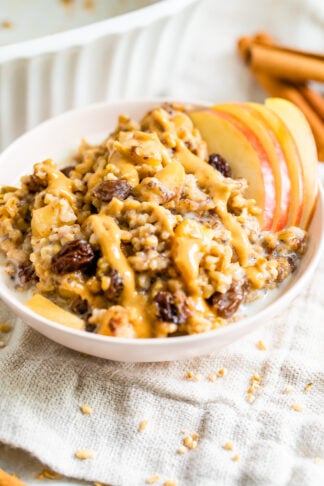