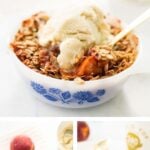 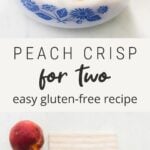 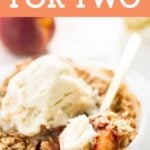 A healthier and delicious peach crisp for two people. Perfect for those times when you want to enjoy a special dessert, but don’t want a bunch leftover.

I am on a serious peach kick. I’ve bought a bag from our local farmers market for two weeks straight. They’re so juicy and delicious. I can’t get enough. You can typically find me munching on one while I make breakfast each morning, but just recently I decided to remake an old EBF recipe that I posted over six years ago. I updated the recipe a bit, took new photos and here it is! 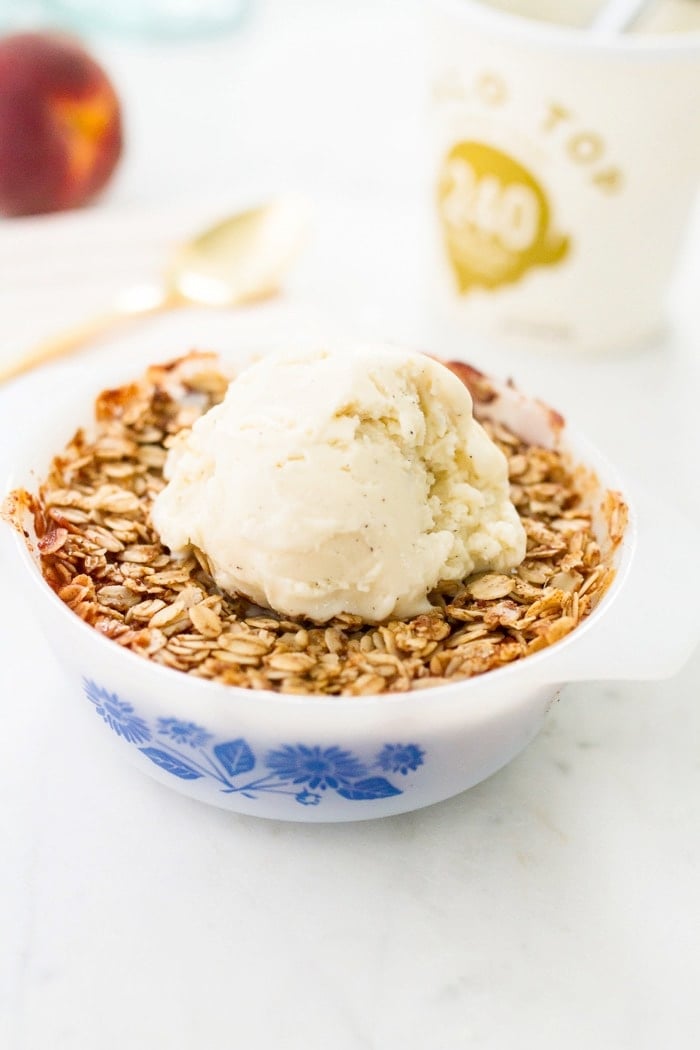 The problem with most crisp or cobbler recipes is that they typically use a ton of fresh fruit and make enough to serve an army. That’s where this peach crisp for two recipes comes in handy. You don’t have to use all your fresh fruit on one dessert recipe nor have a huge pan of dessert that could potentially get devoured in less than 24 hours go to waste. Hooray! 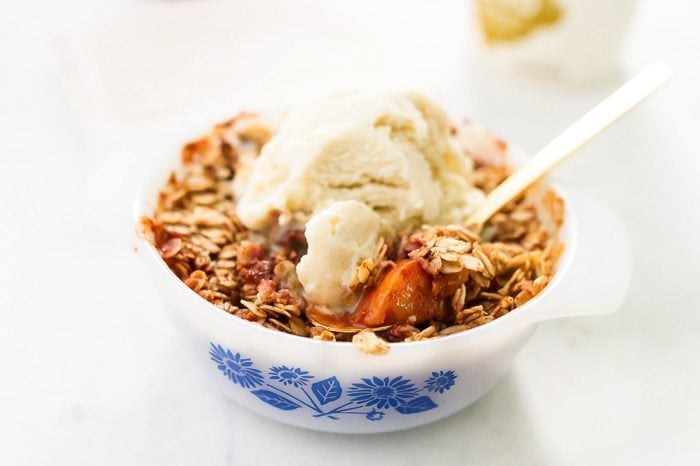 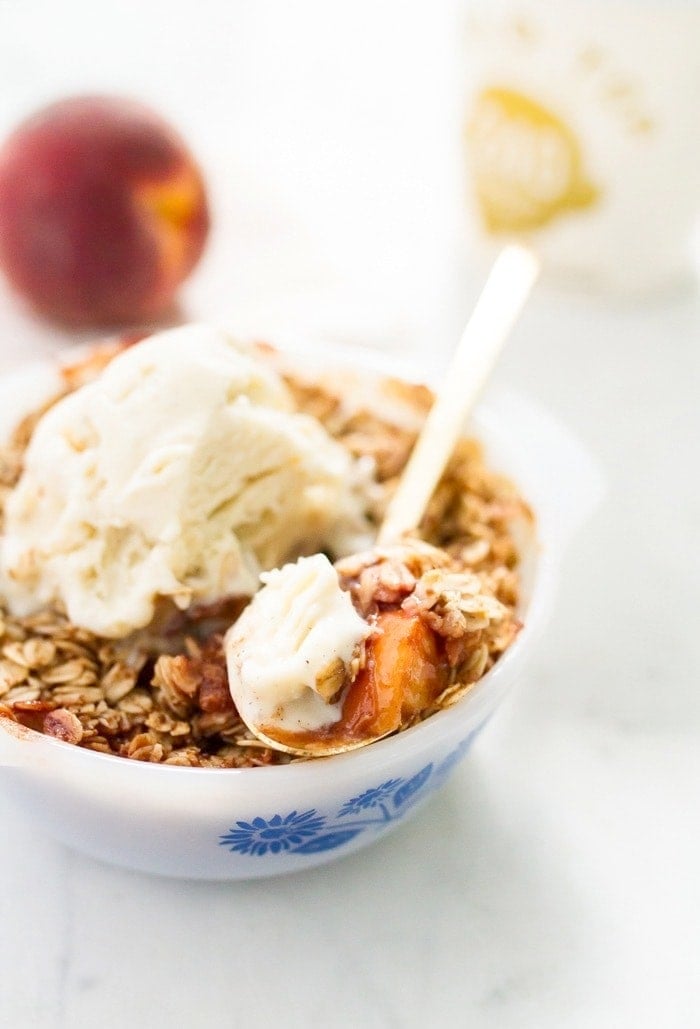 How to Make Peach Crisp for Two

Mix topping – In the same small bowl you mixed the peach filling (that’s now empty!), mix the oats, sugar, coconut oil and sea salt. Once combined, place mixture on top of the peaches.

Enjoy – Top with vanilla yogurt or ice cream and enjoy! 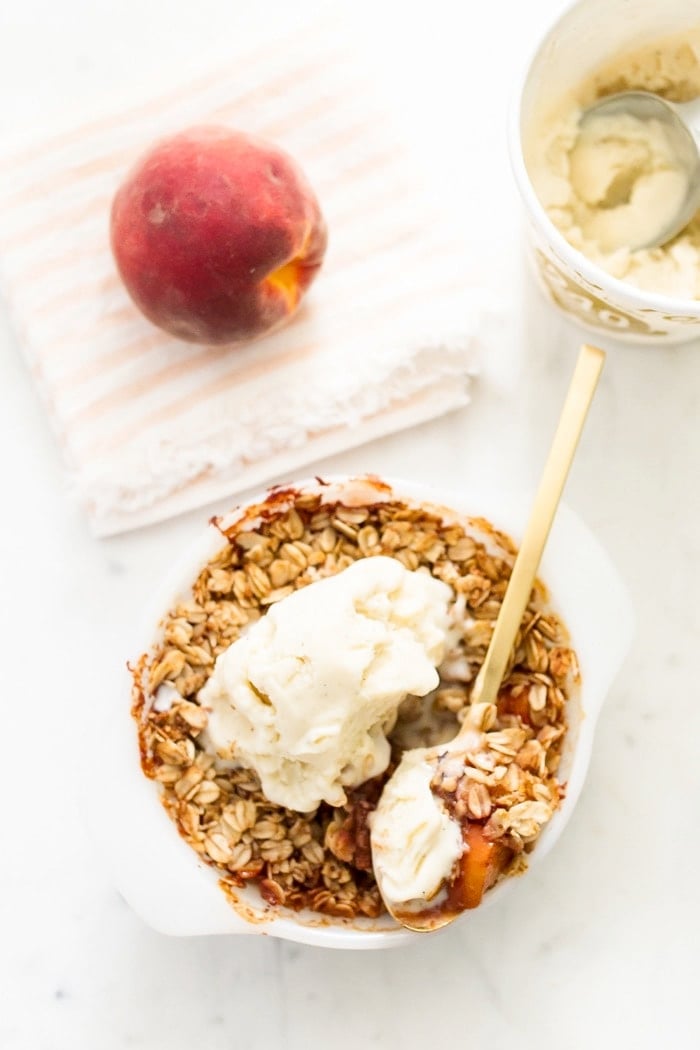 You can top the crisp with anything creamy – ice cream, yogurt, whipped cream, coconut whip etc. I topped mine with Halo Top Creamery vanilla ice cream, which is a low cal/low sugar ice cream that actually tastes pretty darn good! 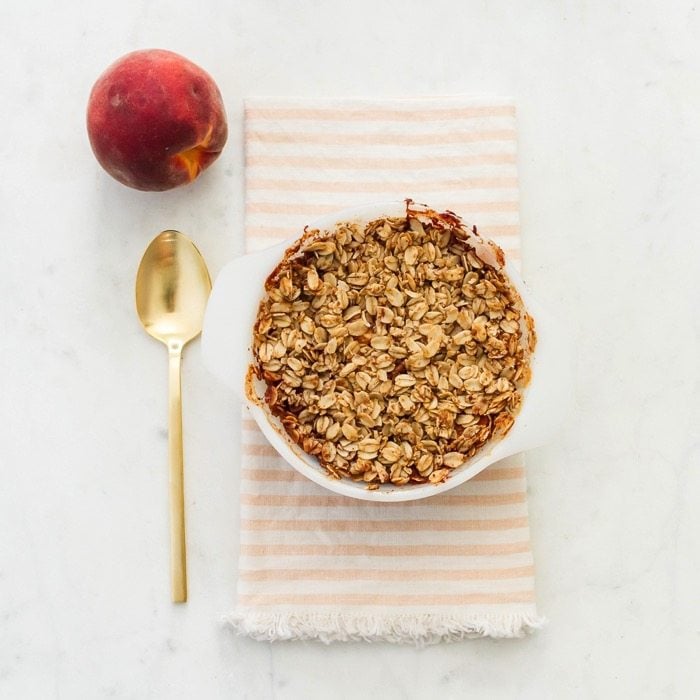 If you make this peach crisp for two, please be sure to leave a comment and star rating below. Your feedback is super helpful for the EBF team and other readers who are thinking about making the recipe.

A healthier and delicious peach crisp recipe that serves two people. Perfect for those times when you want to enjoy a special dessert, but don’t want a bunch leftover. 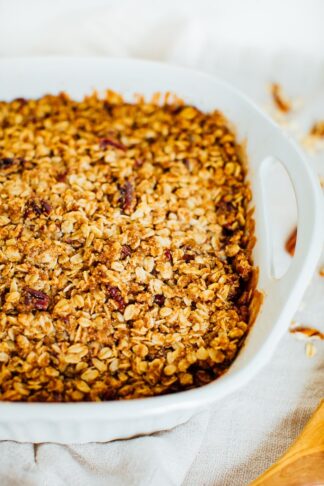 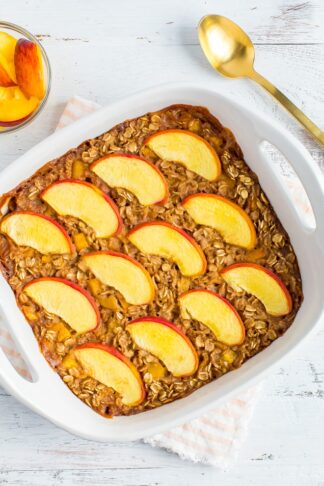 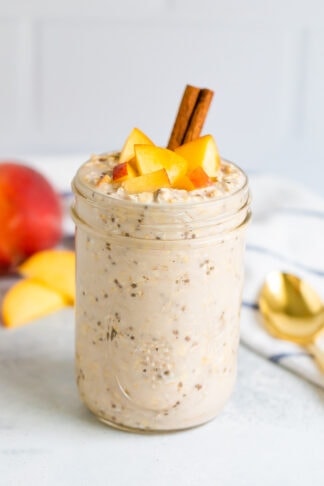