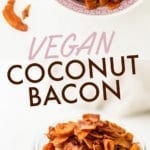 How to make vegan coconut bacon that’s smoky, sweet and crunchy just like regular bacon. It’s perfect for snacking or using in recipes that call for bacon like BLTs or chopped salads! 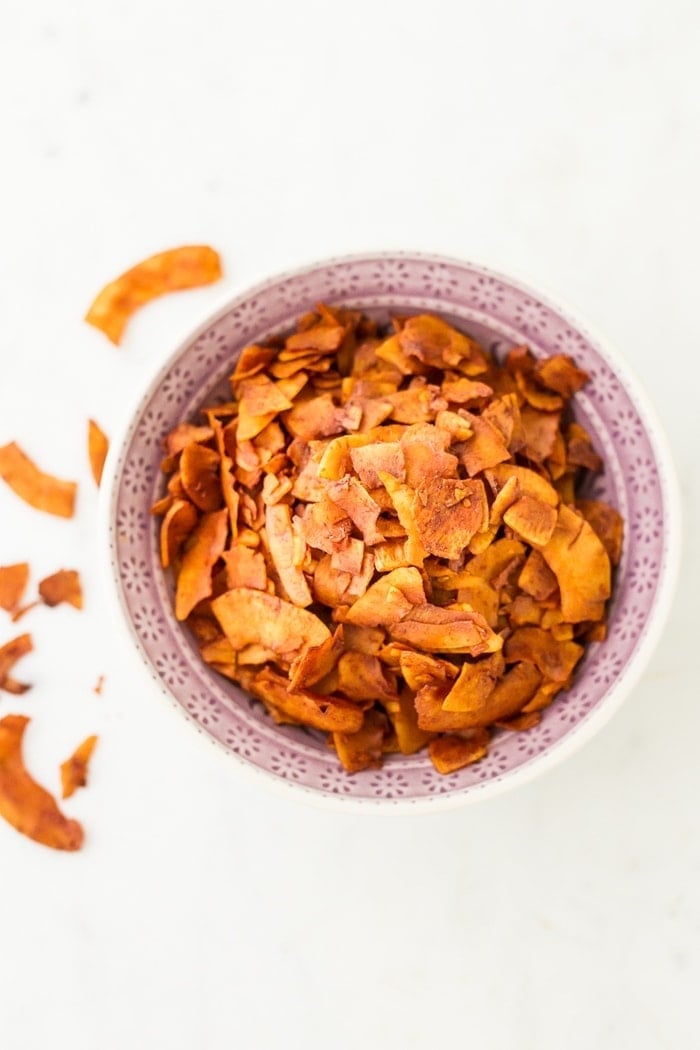 As most of you know, I’m pescatarian. I don’t really like to label it because I basically just eat the things I like, but saying pescatarian makes it easier when I’m describing what I do and do not eat to people. Well, now that I think about it, it only works half the time because sometimes I get the whole, “pesca-what?”.

Anyhow, I’ve eaten this way for over five years. I don’t crave meat or choose to eat a bunch of meat substitutes. But, when I heard about coconut bacon I couldn’t resist. I honestly still like the smell of bacon cooking. Bacon was always served when we had “big breakfasts” as I was growing up (remember, I’m from the country) and I loved having BLTs with crispy bacon and perfectly ripe tomatoes during the summer.

So when I saw Dreena Burton (the author of some of my favorite vegan cookbooks) mention making Baconut on Facebook earlier this month, I knew I needed some coconut bacon in my life. 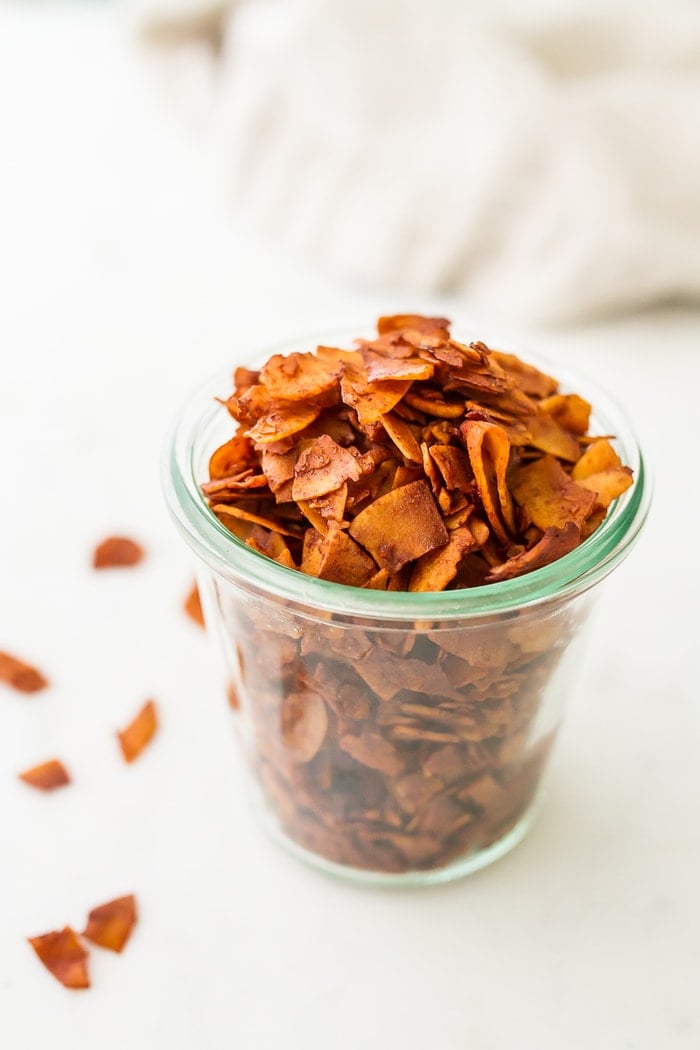 Let’s just say I was right!

I googled coconut bacon and soon found that it was indeed a thing. I looked over a few recipes and got to work!

It’s crazy to me to think that coconut mixed with a few ingredients and baked could taste like bacon, but it really does. It’s smoky and sweet, just like crunchy little pieces of bacon.

How to Make Coconut Bacon

Making coconut bacon is so easy. The best part? It doesn’t leave your stovetop a greasy mess!

To prep the coconut flakes, simply toss them in a bowl with liquid aminos, liquid smoke, maple syrup and paprika. Once coated, spread the coconut on a baking sheet and bake for about 15-17 minutes. Remove from the oven, let cool and enjoy. It’s that easy! 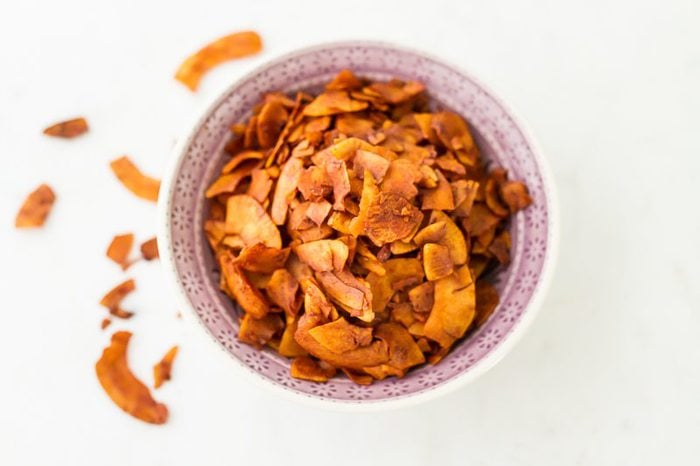 Please do remember that I haven’t had bacon in over five years.

So yeah, it does taste like bacon to me, but I’m sure some avid bacon lovers would disagree. Although, even if you don’t think it tastes like bacon, it’s still tastes amazing.

Ways to Use Coconut Bacon

If you make this vegan coconut bacon, please be sure to leave a comment and star rating below. Your feedback is super helpful for the EBF team and other readers who are thinking about making the recipe.

5 from 3 votes
How to make vegan coconut bacon that's smoky, sweet and crunchy just like regular bacon. It's perfect for snacking or using in recipes that call for bacon like BLTs or chopped salads! 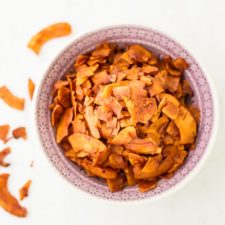