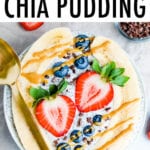 This banana split chia pudding is like having dessert for breakfast. It’s made with Greek yogurt so you’re getting a good amount of protein along with all the fun toppings: bananas, berries and cacao nibs!

As I’m sure you’ve noticed, I LOVE chia pudding. For some reason it fell off my radar for a couple of months, but it’s back and in full-force! Lately I’ve been making a big batch of chia pudding during my weekly meal prep to snack on throughout the week and it’s been awesome. 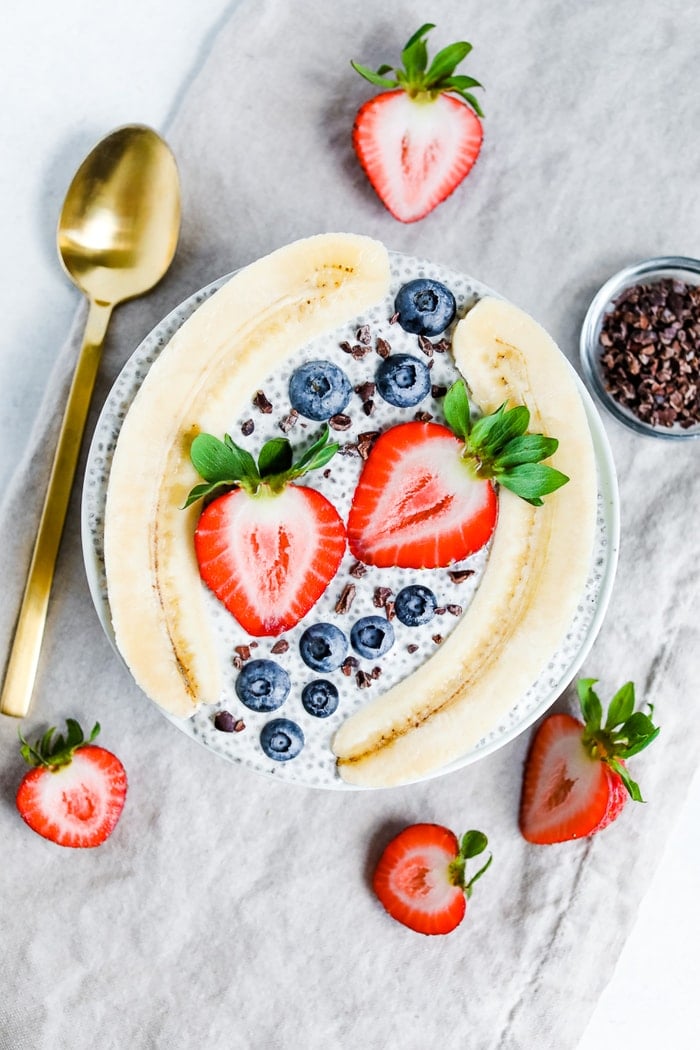 Banana split chia pudding is SO easy! I started with my basic chia pudding recipe, added some Greek yogurt and used a bunch of fun toppings inspired by a traditional ice cream based banana split.

Bananas and berries, obviously. Then I got fancy and added cacao nibs for good measure. You can’t have a banana split without a little chocolate in there.

This chia pudding flavor combo is so delicious — probably the best chia seed pudding I’ve ever made. I think the Greek yogurt is what really makes it. I use full-fat plain Greek yogurt so the pudding is extra creamy and has an added boost of protein. Chia seeds have a little plant-based protein on their own (2 Tablespoons have 4 grams of chia seeds), but adding Greek yogurt to the mix, even if it’s just a little bit, adds a good amount of protein. 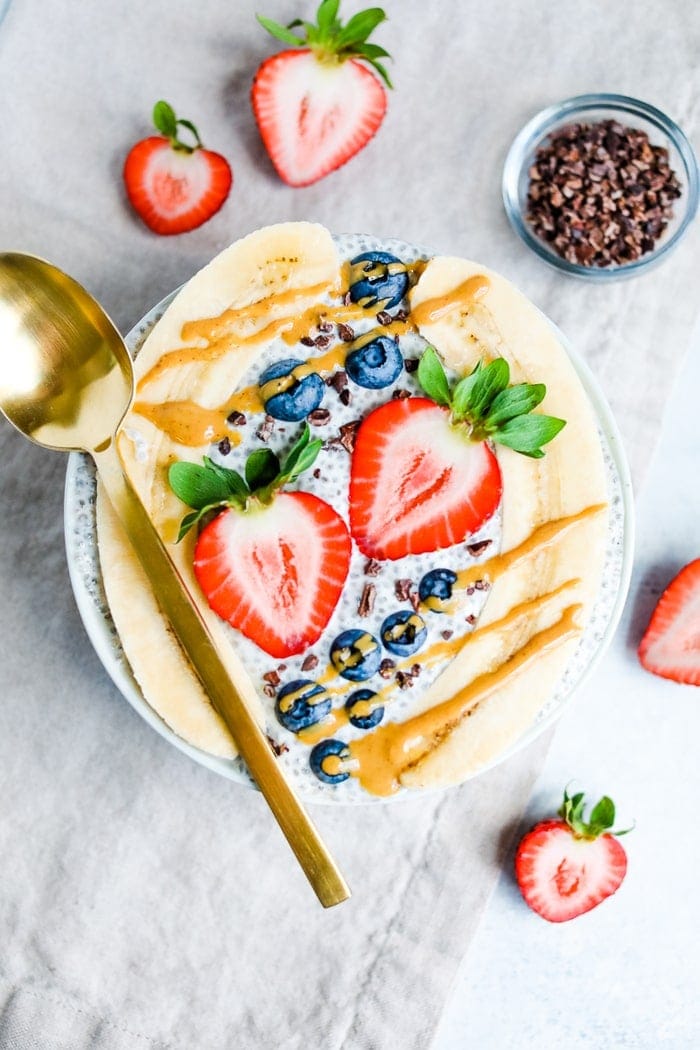 The best part? This banana split is super healthy — loaded with healthy fats from the chia seeds, protein from the Greek yogurt and lots of complex carbs from the fruit. It makes for such a delicious breakfast, but you could totally have this an after-dinner snack too! 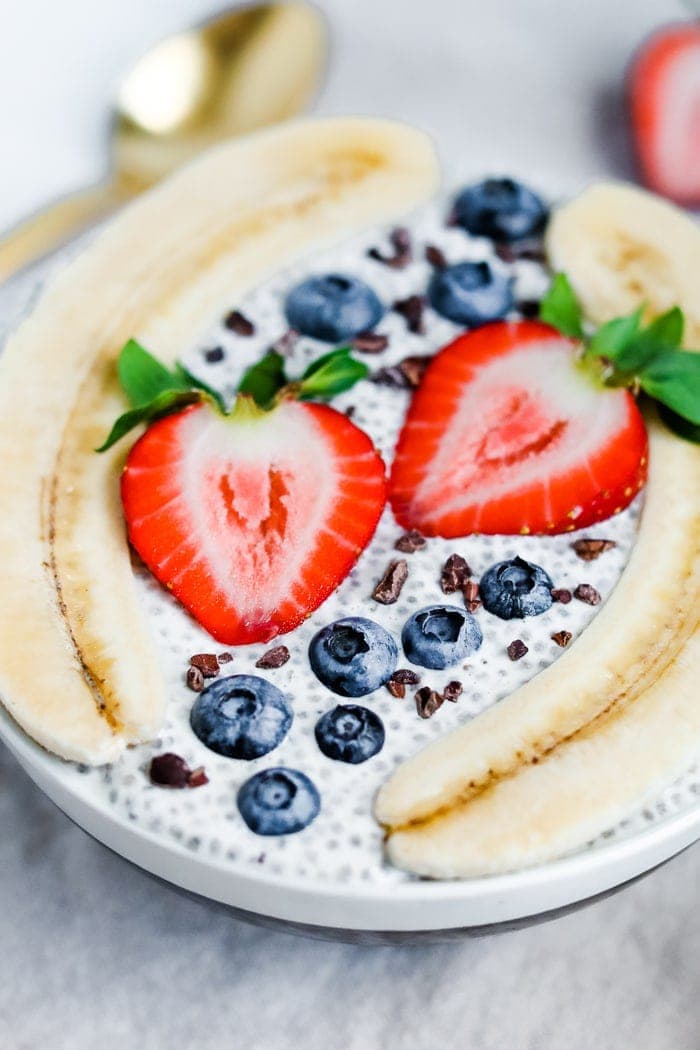 If you make this banana split chia pudding be sure to leave a comment and star rating below letting us know how it turned out. Your feedback is so helpful for the EBF team and our readers!

5 from 13 votes
This banana split chia pudding is like having dessert for breakfast. It's made with Greek yogurt so you're getting a good amount of protein along with all the fun toppings: bananas, berries and cacao nibs! 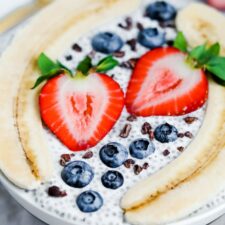 Do More with Chia Seeds! Check Out These Recipes: