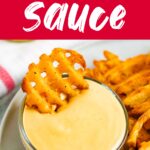 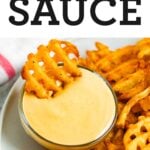 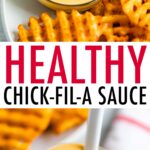 A healthy Chick-Fil-A sauce that tastes like the real deal, but uses blended cashews instead of mayo. It’s the perfect sweet and savory sauce for dipping. Gluten-free, dairy-free and can easily be made vegan.

I’m pretty sure I’ve shared this before, but I didn’t grow up eating super healthy. I actually lost weight in college, which inspired my whole health and wellness journey and ultimately led to creating Eating Bird Food. But as a child I ate my mom’s cooking, which involved lots of Southern staples and packaged food. 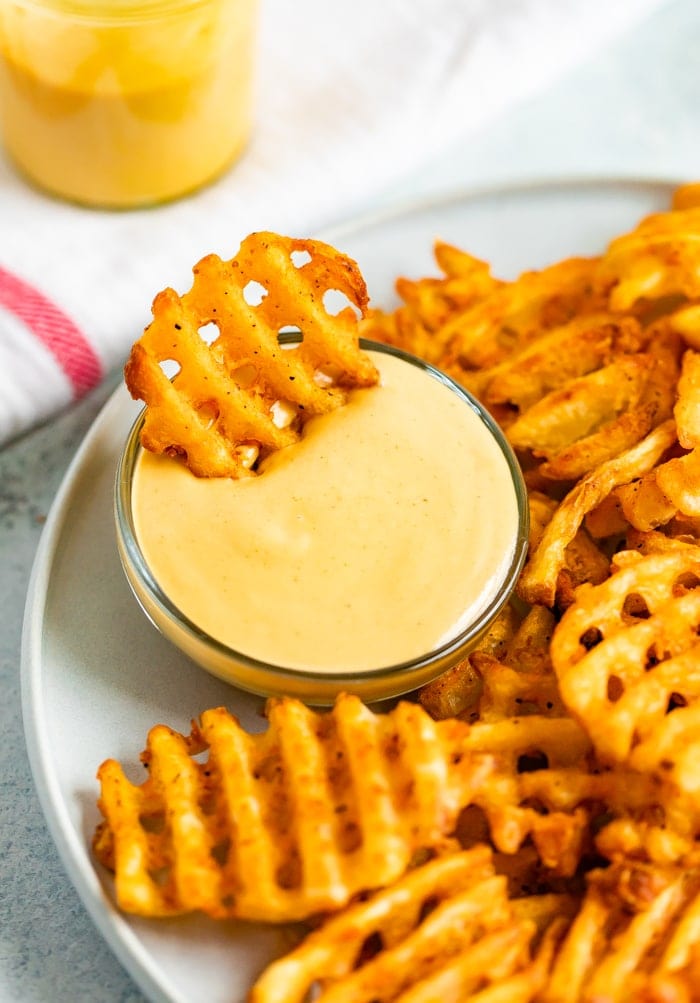 Where My Love For Chick-Fil-A Sauce Began

I was also hooked on fast food and my favorite restaurant was Chick-Fil-A. My go-to order was a large pack of nuggets, waffle fries and of course, the Chick-Fil-A sauce. I loved the sweet and savory flavor and would basically drown my whole meal in the sauce.

The closest Chick-Fil-A to where I grew up (Orange, Virginia) was in Fredericksburg, VA and as it turns out that’s where Chick-Fil-A sauce was invented. Before it was packaged up and distributed throughout all the Chick-Fil-A locations, the Fredericksburg location was the only Chick-Fil-A where you could get the “special sauce” and it was in a pump container near the ketchup rather than in little packets. 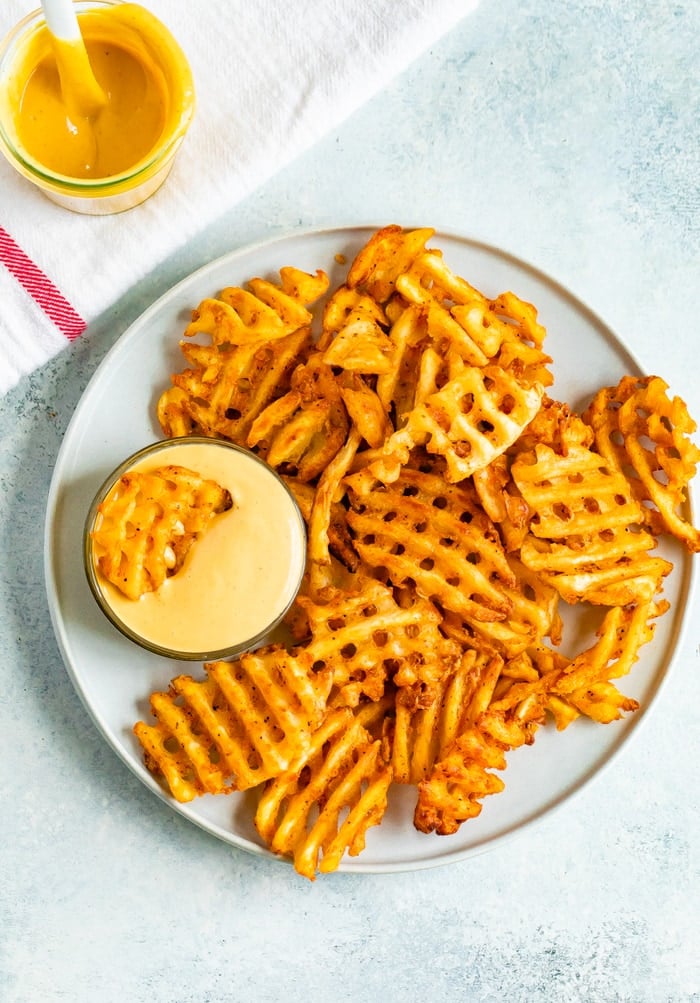 Honestly, before becoming pregnant this year I hadn’t eaten at a Chick-Fil-A since college, but throughout this pregnancy I’ve had some interesting cravings, one of those being Chick-Fil-A. With this I was reminded of how much I used to love Chick-Fil-A sauce and decided it was time to make a homemade, healthy Chick-Fil-A sauce with no mayo and no weird preservatives. 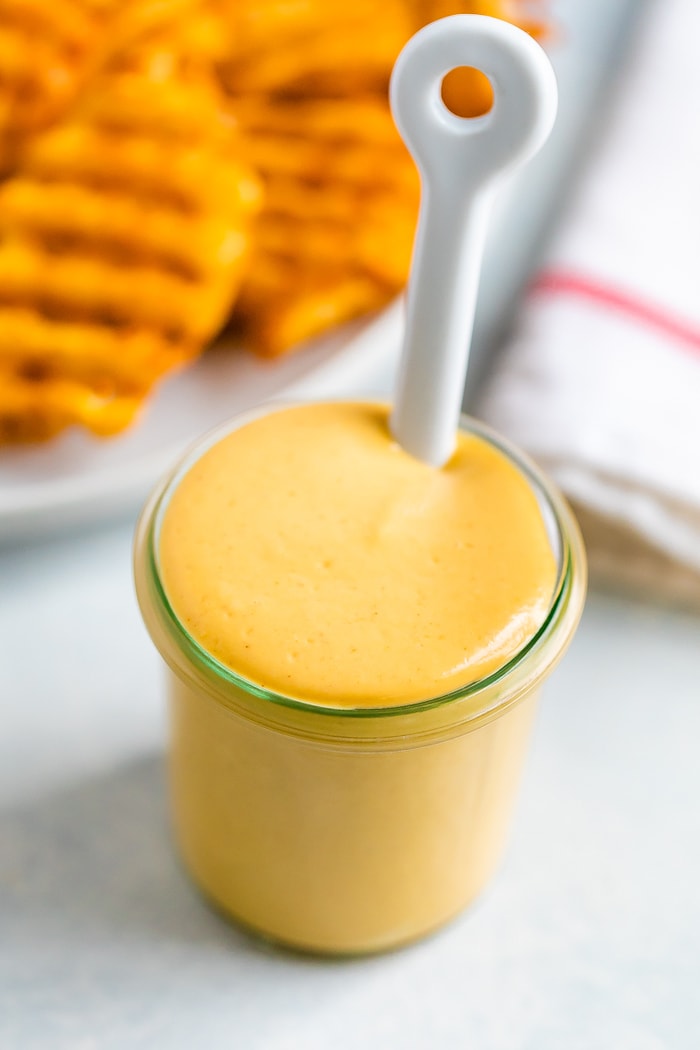 To get started with making the copycat sauce recipe, I looked up the ingredients and got to work testing the recipe. It took quite a few attempts, but at this point I think I’ve created a sauce that tastes pretty darn similar to the real deal. I’ve had some friends/family do a side-by-side blind taste-test to confirm that it does indeed taste like the packaged sauce and several people have said they like it better because it doesn’t have the “artificial taste” you get from the packaged, preserved sauce. Woot woot! 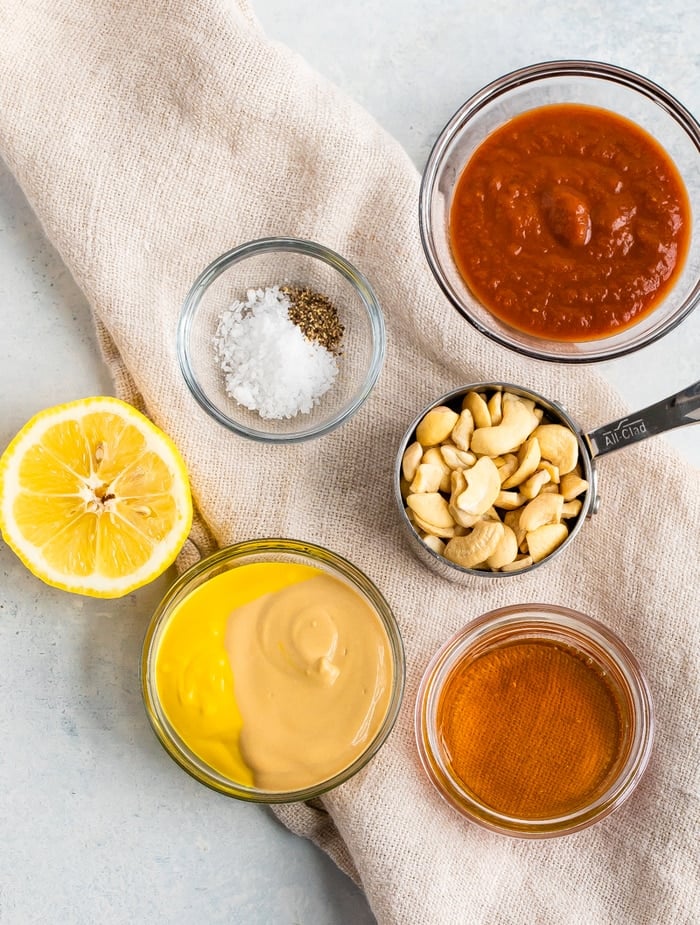 Now that I’ve nailed the homemade version and know how simple the recipe is, I may or may not be making this on the regular! Here are the ingredients we’re using: 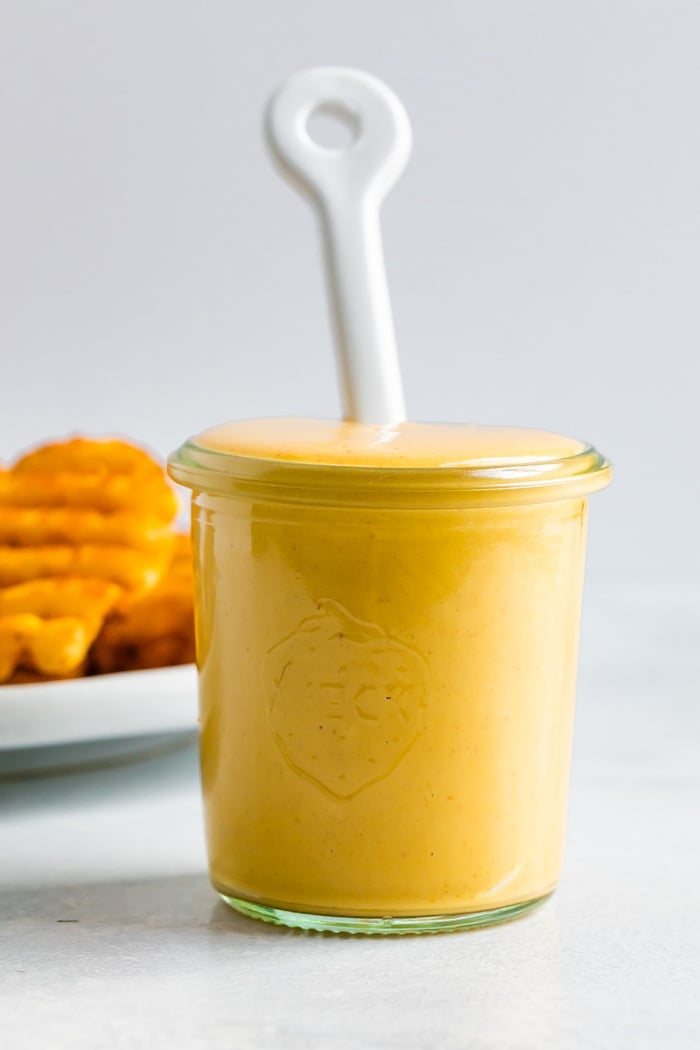 So far I’ve been using this sauce as a dip for homemade chicken nuggets (recipe coming soon) and frozen waffle fries, but it can be used as a dip, sauce or even a salad dressing!

If you try this healthy Chick-Fil-A sauce, please be sure to leave a comment and star rating below letting me know how it turned out. Your feedback is so helpful for the EBF team and other EBF readers.

5 from 17 votes
A healthy Chick-Fil-A sauce recipe that tastes like the real deal, but uses blended cashews instead of mayo. It's a sweet and savory sauce that is perfect for dipping. 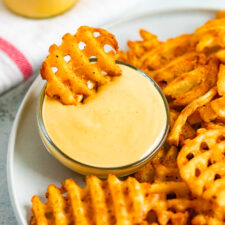