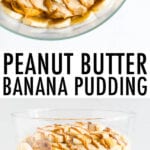 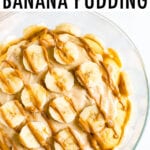 This peanut butter banana pudding is a nutty twist on traditional banana pudding, and made with better for you ingredients! You’re going to love this flavor combo.

Where my banana pudding fans at?!

Big fans will know that traditionally, banana pudding is made with sweetened condensed milk, instant vanilla pudding, vanilla wafers, and cool whip. Not exactly healthy. But! Have no fear, I’ve taken the classic recipe and upgraded it so you won’t feel super heavy after indulging. I also added peanut butter because peanut butter + banana = perfection. 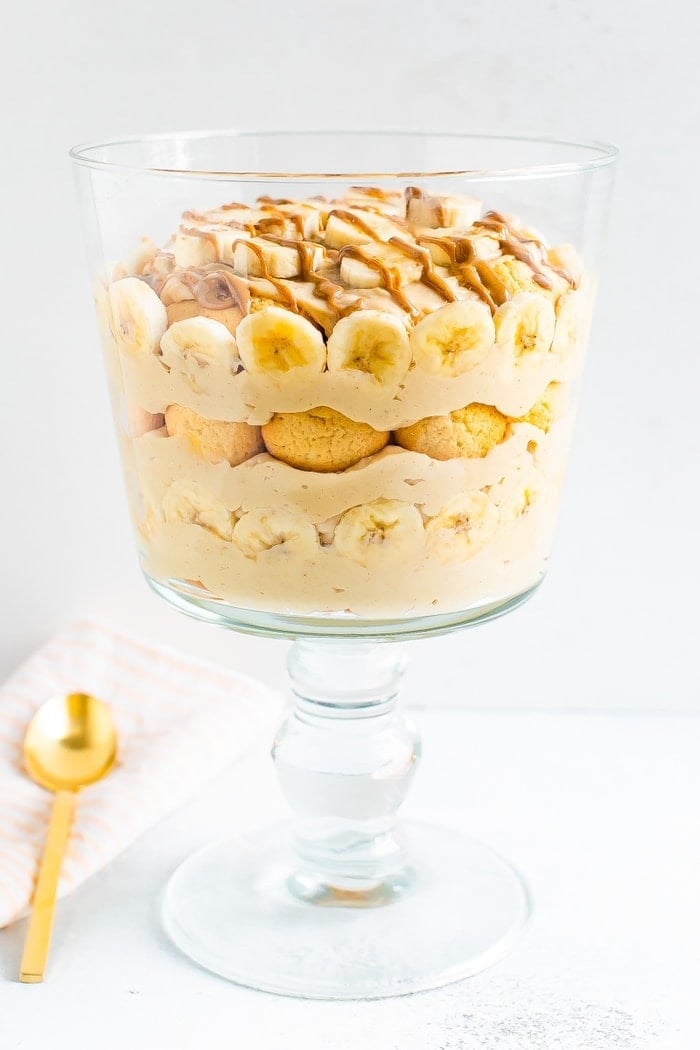 Let’s talk swaps. When upgrading a recipe, I usually go through each ingredient one by one. I think about the flavor, texture and the role the ingredient plays in the recipe.

Greek yogurt is a little thicker than sweetened condensed milk, but the end result is super similar! It will mix well with the other ingredients AND add a healthy dose of protein to the recipe. Sounds like a perfect fit to me! Obviously, upgrading recipes takes a few tries because the flavors and consistencies aren’t exactly the same but when I nail the recipe, it is so rewarding! 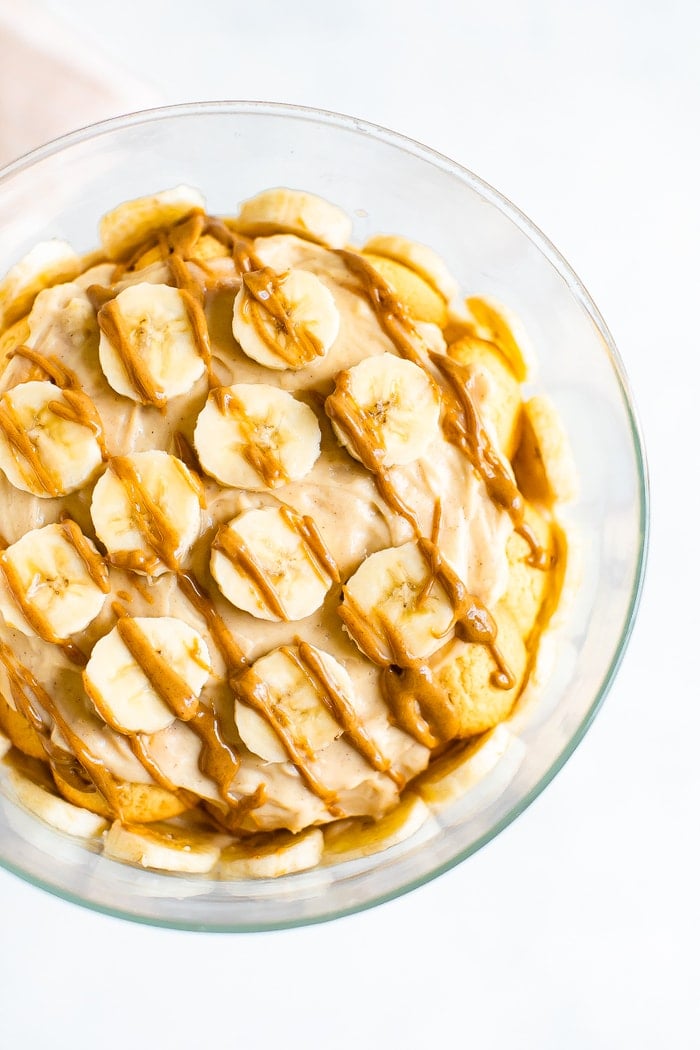 This peanut butter banana pudding is healthier, but it’s still sweet and decadent and most importantly – it tastes amazing!! Some might even say it’s the best banana pudding they’ve ever had. I wouldn’t argue. 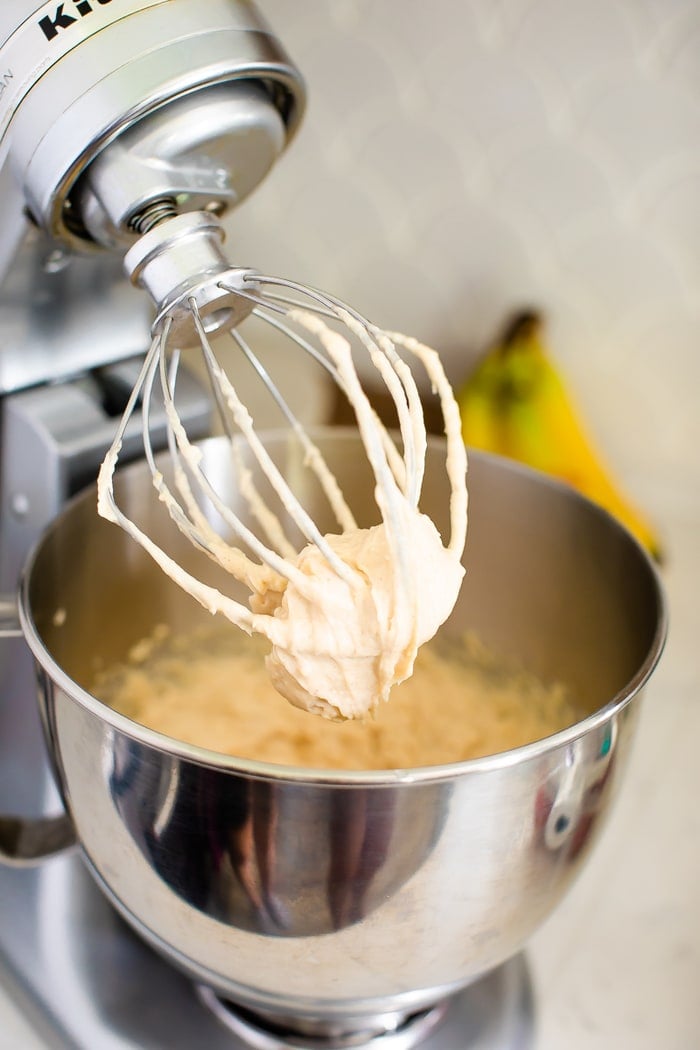 How to Make Healthy Banana Pudding

Start by whisking the Greek yogurt, peanut butter, whipped topping and almond milk using a stand mixer with the whisk attachment or a hand-held mixer. Whisk in the vanilla pudding mix until well incorporated and until the mixture begins to thicken a bit.

After you get that mixture combined, it’s time to layer! In a large glass serving dish or trifle bowl, start with a base layer of vanilla wafers. Cover with a thin layer of the pudding mixture and top with a layer of banana slices. Add another thin layer of the pudding mixture and repeat. Depending on how big your dish is, you’ll have 2-3 layers. To finish, top with a few banana slices or vanilla wafers and drizzle peanut butter on top. Refrigerate for at least two hours so the pudding is chilled before serving. It’s worth the wait, promise. 😉 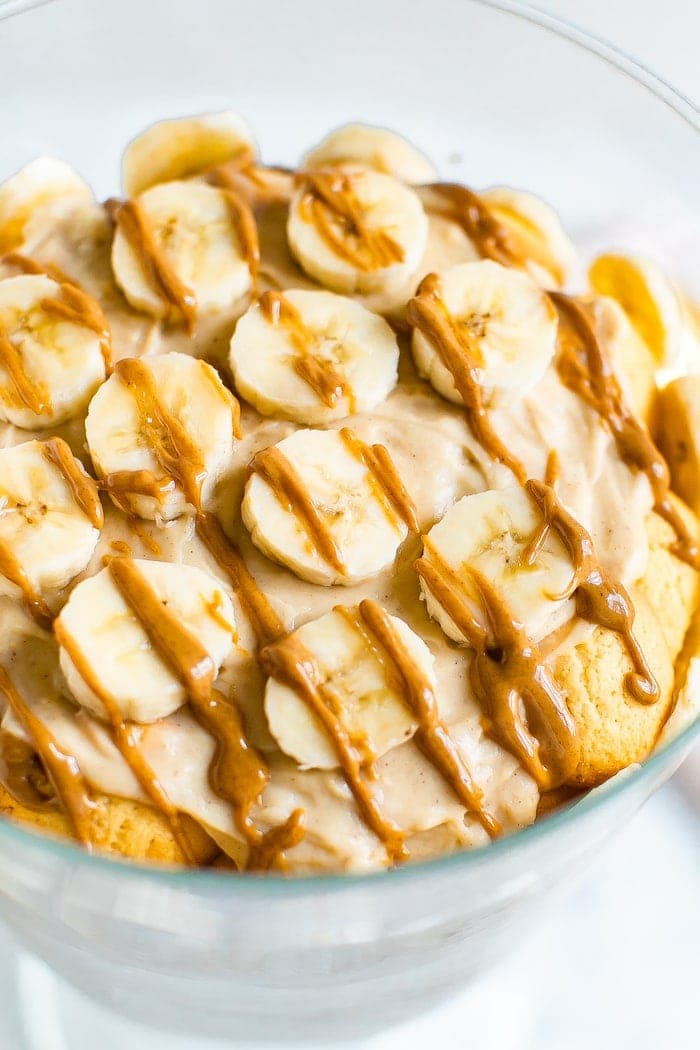 If you try this peanut butter banana pudding, please leave a comment and star rating below letting me know how it turns out! Your feedback is super helpful for the EBF team and other EBF readers.

4 from 6 votes
This peanut butter banana pudding is a nutty twist on traditional banana pudding, and made with better for you ingredients! You're going to love this flavor combo. 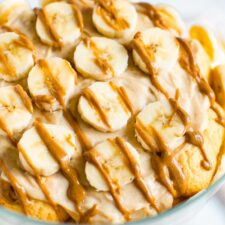