Omg! I can even begin to describe how excited I am to share today’s recipe with you. It’s one of the most unique recipes I’ve ever come across and it’s for a veg-friendly “pulled pork” sandwich using hearts of palm!!

I’ve always enjoyed eating hearts of palm on salad or straight up from the can, but it wasn’t until recently that I realized that this vegetable makes a mean vegan BBQ sandwich. 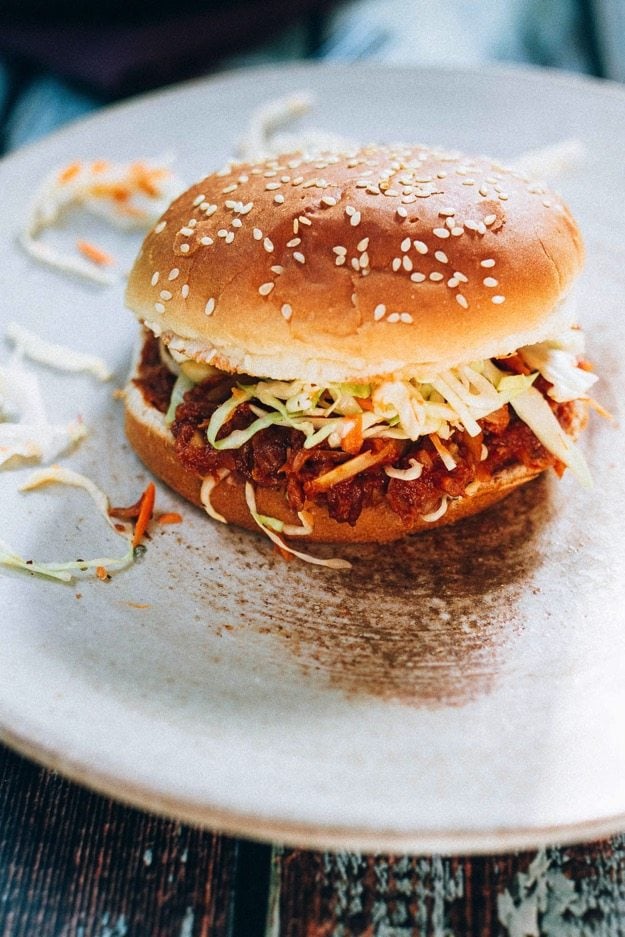 Seriously… doesn’t this look exactly like a regular BBQ sandwich?!? It’s crazy, because it tastes similar to the real thing too. The texture is a tiny bit softer than pulled chicken or pork, but it’s still has the same consistency. And when smothered in BBQ sauce, the flavor is spot-on!

I know many vegetarians who could care less about eating “meat-like” food. They’re happy with a plate of veggies. On the other hand, I know quite a few who miss burgers, bacon, BBQ sandwiches and other delicious meat-focused dishes. If you’re in the latter group, I’ve got black bean burgers and coconut bacon for you AND now I have this BBQ sandwich.

The best part = this sandwich is soo easy. Like way easier than you can even imagine. 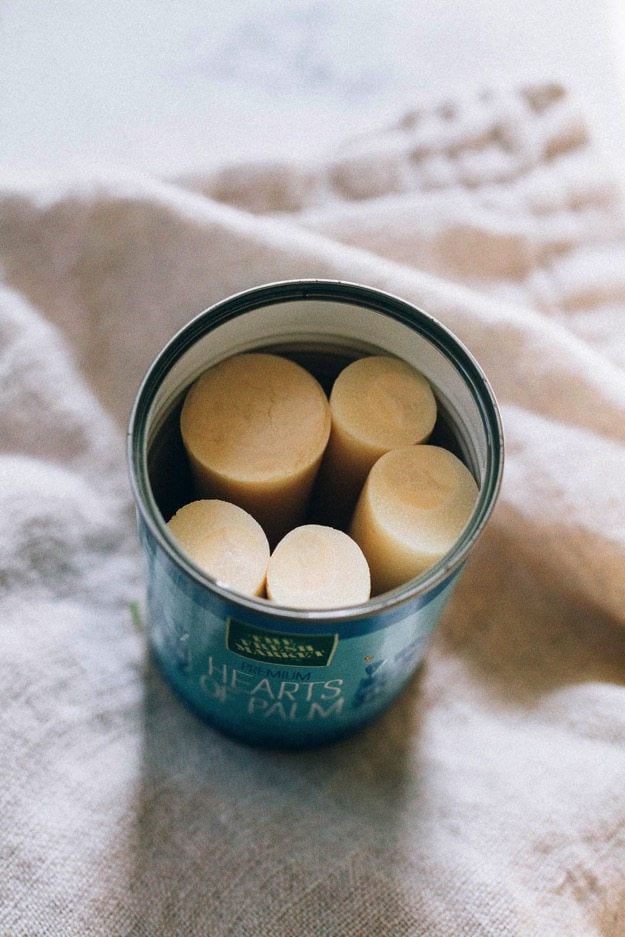 It all starts with canned/jarred hearts of palm.

For those you wondering what the heck hearts of palm is… it’s a vegetable harvested from the inner part of a palm tree. It has a mild briny flavor, similar to artichoke and looks similar to white asparagus (without the tip) or a mozzarella cheese stick. The outside of the veggie is slightly crisp, while the inner cylinder is soft. They’re a volume eater’s best friend because they’re low in calories, virtually fat-free and high in fiber. They’re also a rich source of vitamins and minerals including vitamin C, niacin, calcium, phosphorus, zinc and potassium. One cup of hearts of palm contains about the same amount of potassium offered from SIX bananas!! (source) 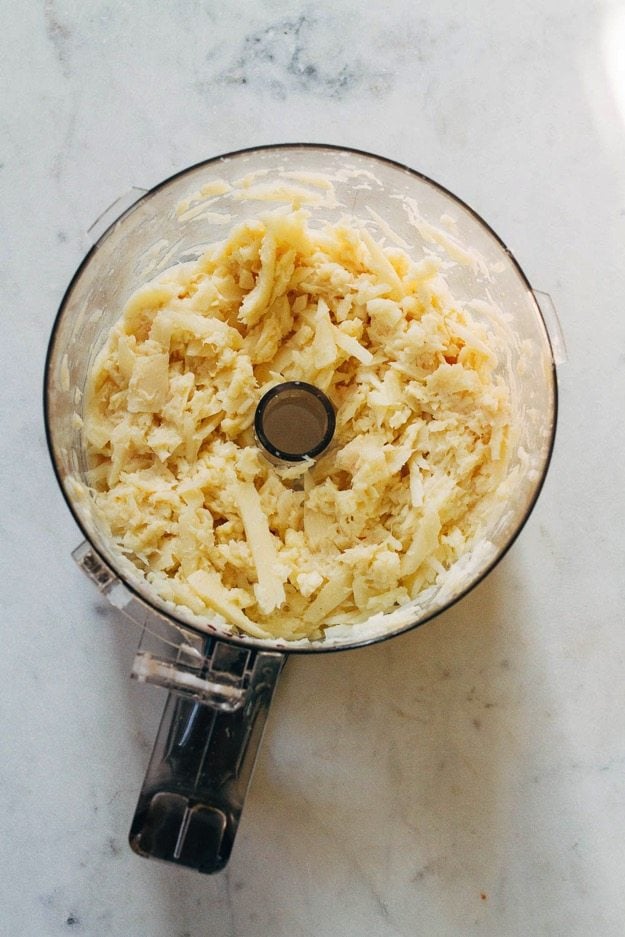 Once the hearts have been drained, you pulse them in the food processor and boom, you’ve got shredded “meat” ready to be covered in BBQ sauce. 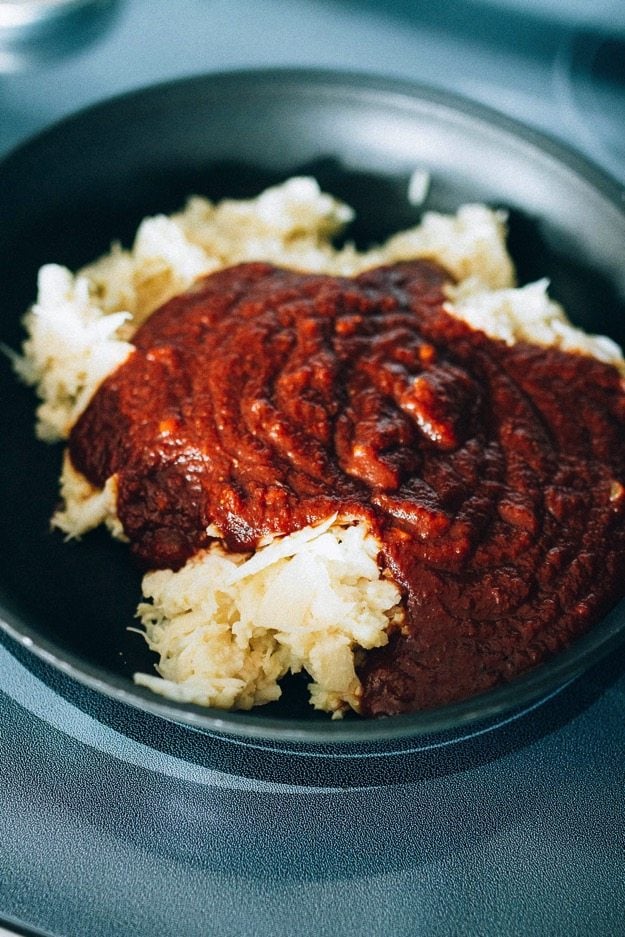 Add the shredded mixture into a skillet with BBQ sauce and heat until warm. 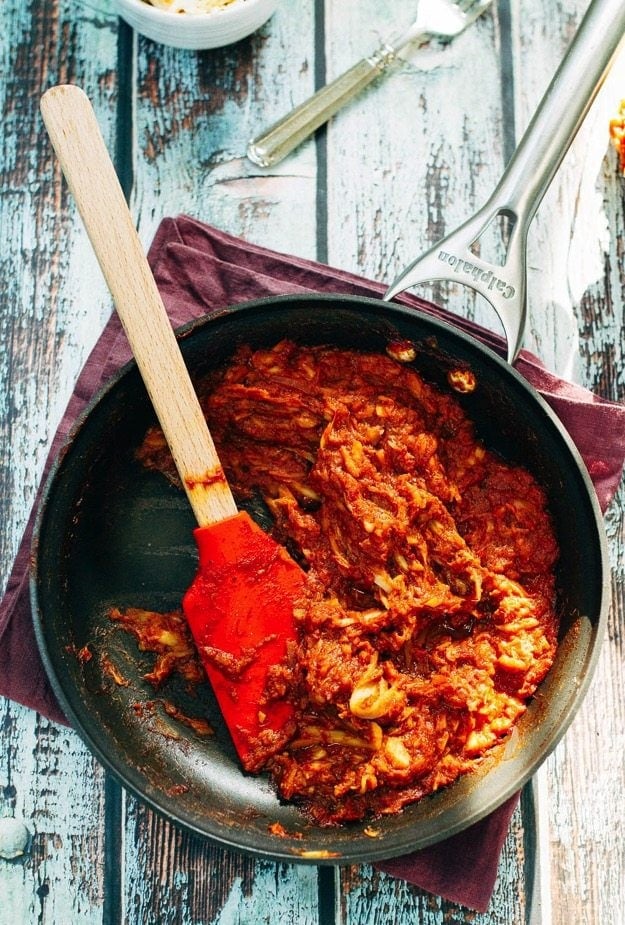 Whip up a batch of this apple cider vinegar coleslaw, grab some burger buns and you’ve got yourself a pile of vegan BBQ sandwiches. It’s that easy!

And it’s just as delicious as it looks. All my taste testers LOVED this recipe!!

Rave reviews!! I’m telling you, this little sandwich recipe is epic. The sweet and spicy hearts of palm BBQ combined with the crunchy cool slaw is perfection. You get to decide what sort of bread to serve it on. I did burger buns here, but you could do any type of bread you like or keep it low-carb and make lettuce wraps. 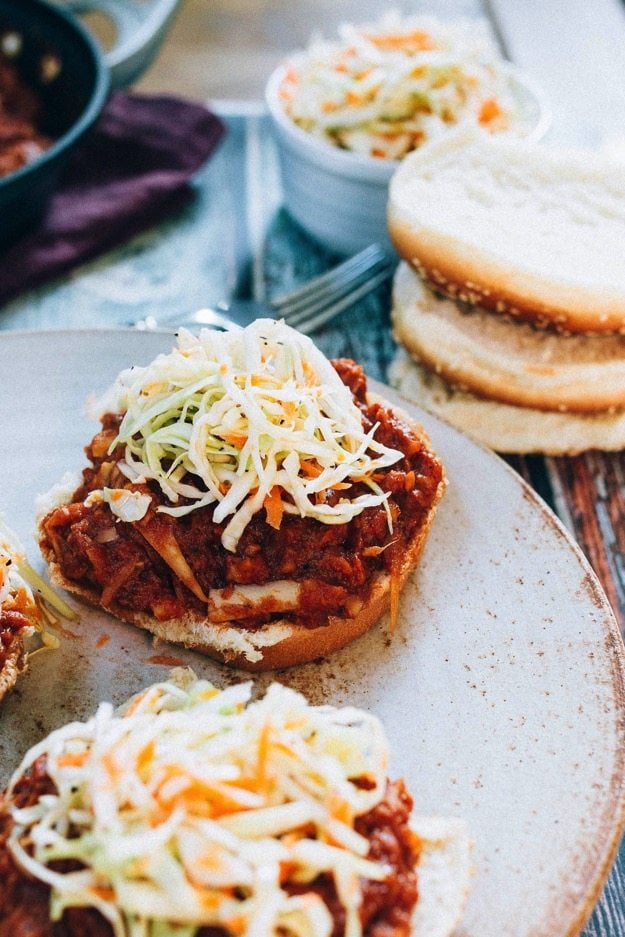 So yes, these hearts of palm vegan BBQ sandwiches are a must-make. Even if you’re not vegetarian or vegan, you will heart them so much. See what I did there? Heart them, hearts of palm. 😉

5 from 5 votes
The BEST vegan BBQ sandwich made with shredded hearts of palm, homemade BBQ sauce and a crunchy apple cider vinegar coleslaw. 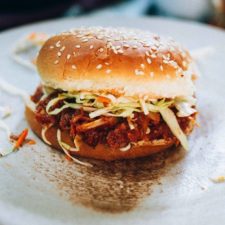 **Feel free to use store-bought BBQ sauce if you don't have time to make the homemade recipe.
**Nutritional info will vary based on what sauce and what type of bun you serve the BBQ on. 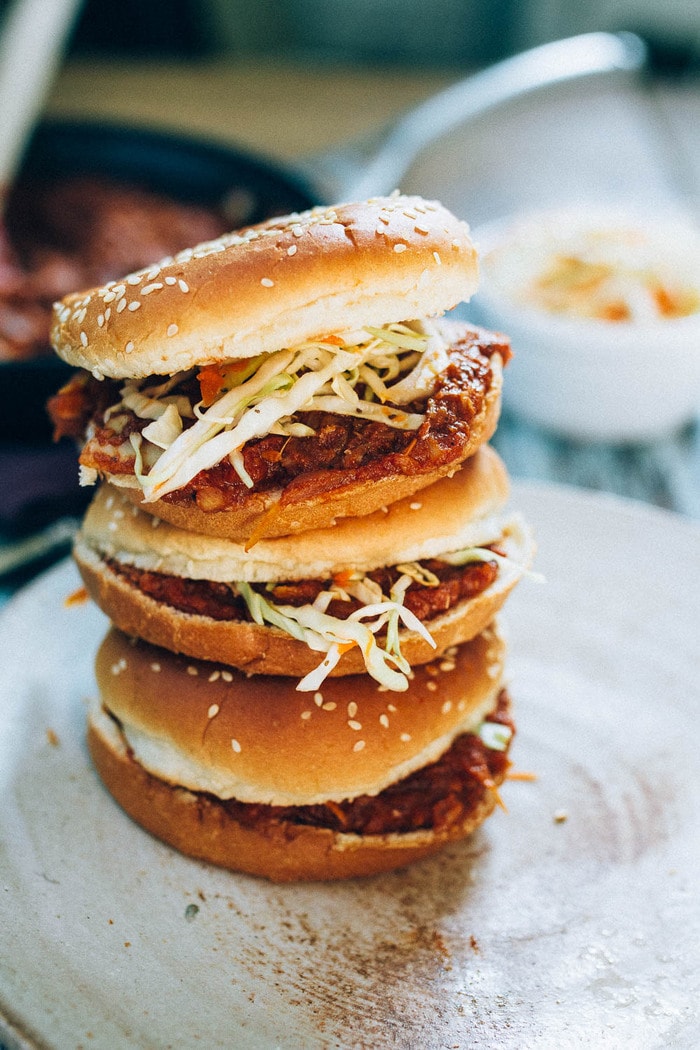