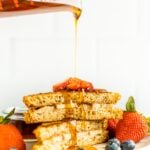 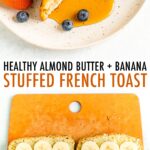 This healthy stuffed French toast with banana and almond butter is loaded with healthy fat and protein, but still absolutely delicious. 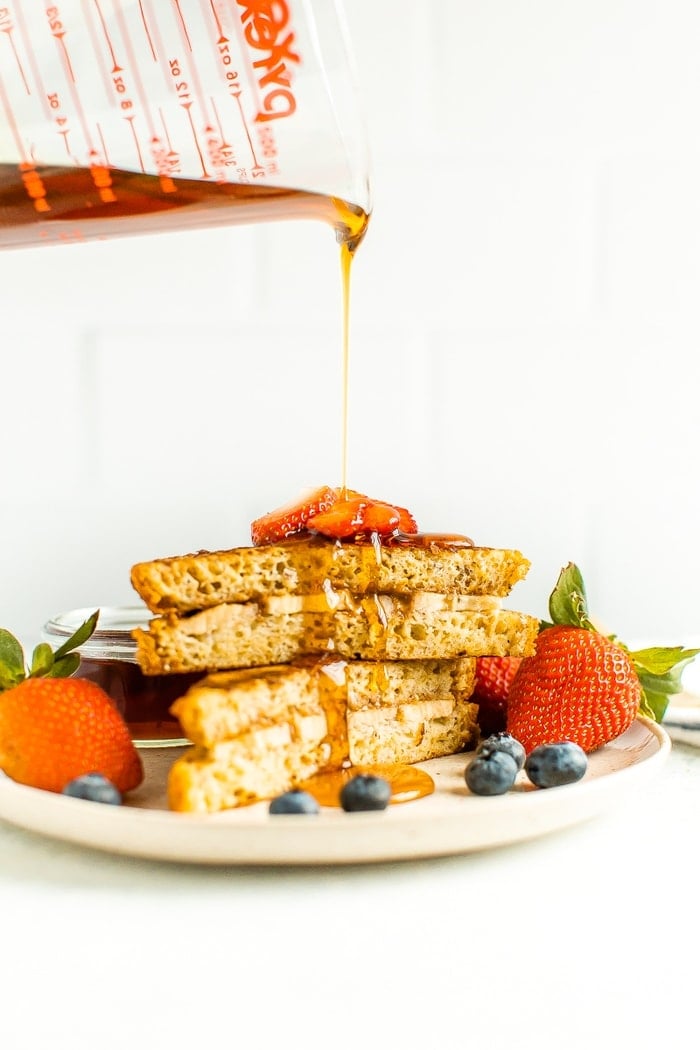 Most people typically reserve French toast for special occasions (like birthdays or Mother’s day) but with how simple this recipe is… you can make it all the time! This is a filling breakfast on it’s own, but you could serve with cooked eggs, a breakfast meat (or tempeh bacon) and fruit for a complete meal.

Does the Type of Bread Matter?

There seems to be a big debate on the internet about the best bread to use for French toast. Some argue brioche is the best, others say you can use any type of bread you please. I’m definitely in the latter camp – I’ve never had a bad piece of French toast and truly believe it’s personal preference, but to keep this recipe healthy I’m using a whole grain, sprouted bread. 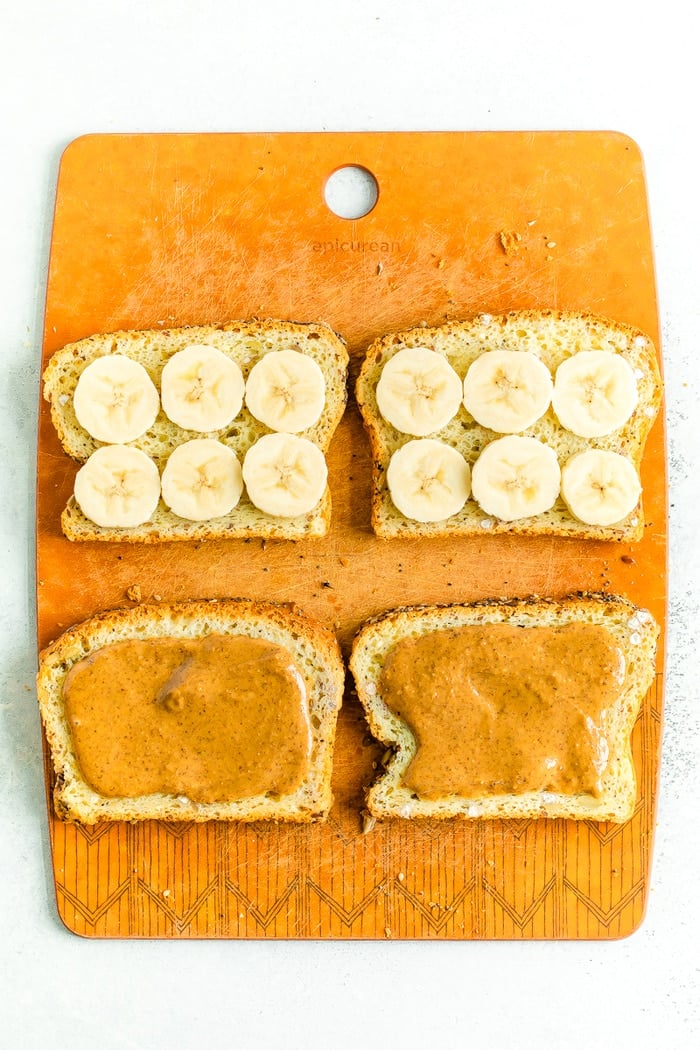 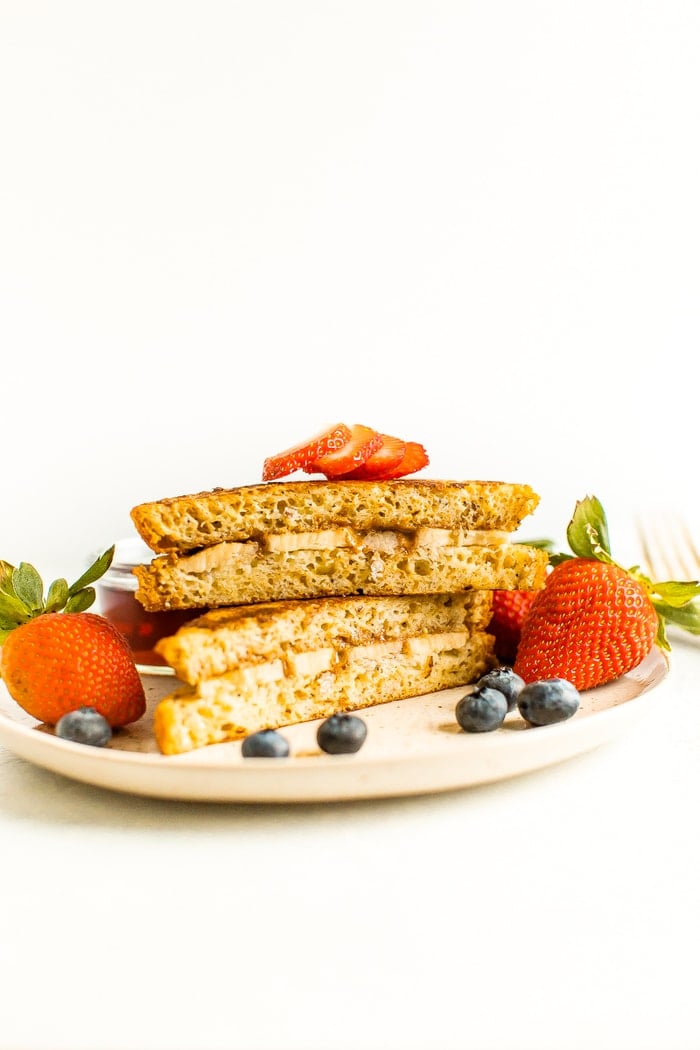 In a small bowl, whisk together the almond milk, egg, vanilla, cinnamon and salt. Pour the egg mixture in a shallow pan or baking dish. One at a time, soak the sandwiches on both sides until the bread is nice and moist – about 10 seconds on each side. Place soaked sandwiches in a pre-heated skillet that has been coated with coconut oil. Cook for about 4-5 minutes per side, until both sides are golden brown. Top with fresh berries and maple syrup (or your desired toppings) and serve!

Make French Toast Ahead of Time

This recipe makes four servings so if you aren’t cooking for that many in your home, know this recipe is just as delicious (if not better!) as leftovers. Store in an airtight container in the fridge and then reheat a slice in the toaster oven when you’re ready to enjoy! I loved the way it tasted after being toasted because of the crispy edges. 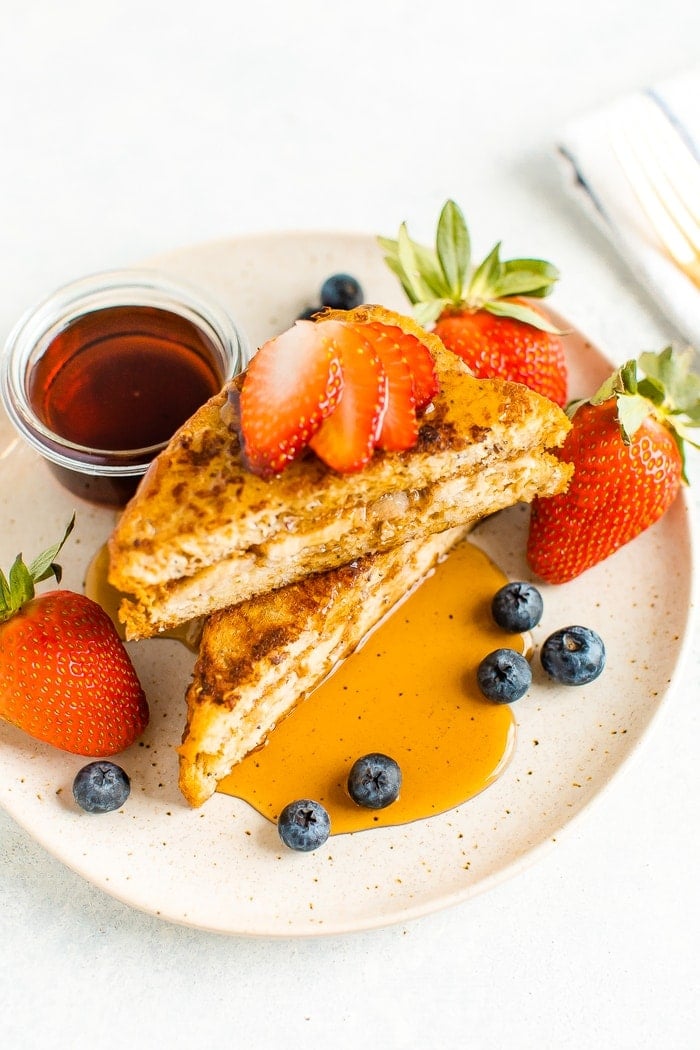 If you try this healthy stuffed French toast be sure to leave a comment and star rating below. Your feedback is super helpful for the EBF team and other EBF readers who are thinking about making the recipe.

5 from 16 votes
This healthy stuffed French toast with banana and almond butter is loaded with healthy fat and protein, but still absolutely delicious. 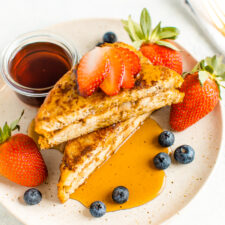