Happy Friday! I hope you had a great week and are ready for the weekend. This Fit Friday I want to tell you a little bit about my latest workout obsession — Pure Barre.

I have been to barre classes before and was going regularly (once a week) for a while, but Pure Barre just came to Richmond this year and thanks to Alyssa I recently tried it for the first time. I bought the new client special early last week and after only two weeks of going 3-4 times a week, I can see why people rave about it. I’m officially hooked! 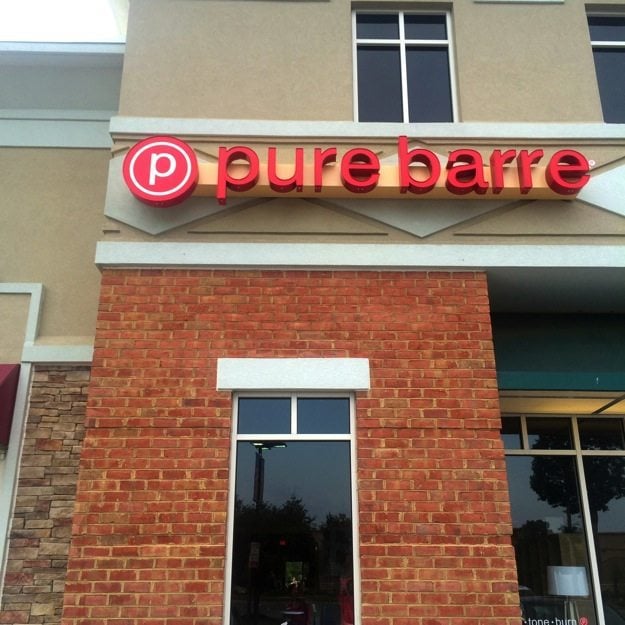 So what’s so great about Pure Barre?

It’s a 55 minute full-body, low impact workout concentrating on the areas women struggle with the most: hips, thighs, seat, abdominals and arms. The workout is broken into different strength sessions where you focus on tiny isomeric movements using a specific muscle group (arms, thighs, booty, abs). After each strength section, there’s a stretching section which helps create long, lean muscles without bulk. <– Exactly what I’m looking for!

The workout is fast paced and requires focus and concentration, which allows you to block “life” out during class, creating the mental benefits similarly obtained by practicing yoga or meditating.

There’s minimal equipment used — a small pilates ball, a band, a mat and weights ranging from 2-5 pounds. The weights may seem a little on the light side, but if you’ve taken a barre class, you know that they’re plenty when you’re doing isometric movements like those in Pure Barre. I always feel the burn. 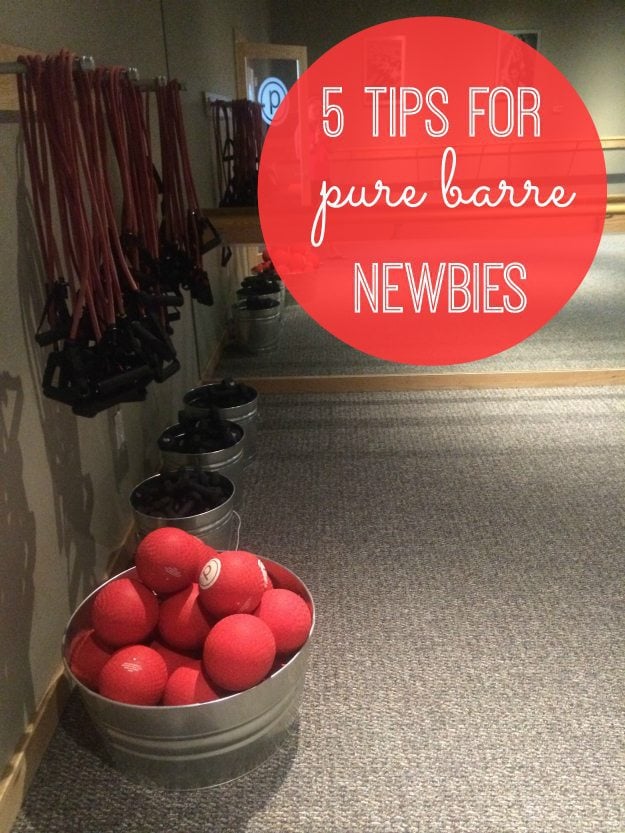 I haven’t seen any major changes in my body yet (it’s only been 2 weeks) but I have high hopes, especially after seeing Alyssa’s before and after photos. I think it’s like most workouts in that if you stay consistent you will see results and my main goals (strengthen my core, build my glute muscles and tone my arms) align perfectly with what Pure Barre is known for. I’m excited to see what Pure Barre does for me!

In the meantime, I thought I would share my top five tips for Pure Barre newbies (like myself). 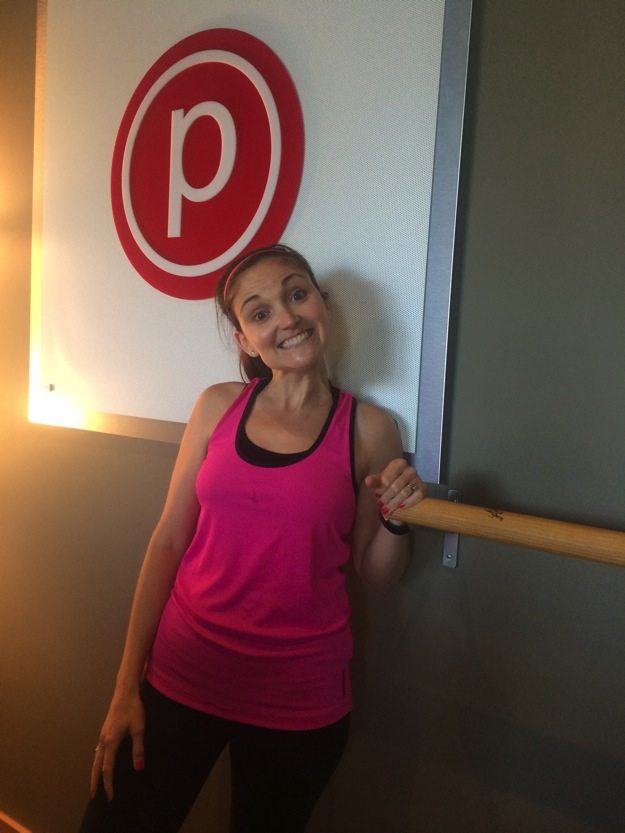 And here’s what you’ll look like after class — all smiles! 🙂

If you’re local to RVA and interested in checking out Pure Barre, I’ve been going to the Short Pump location and really like it. Everyone is super friendly, all the instructors I’ve taken class with have been great and your first class is FREE!

Have you taken a Pure Barre class before? Do you have any other tips for newbies?